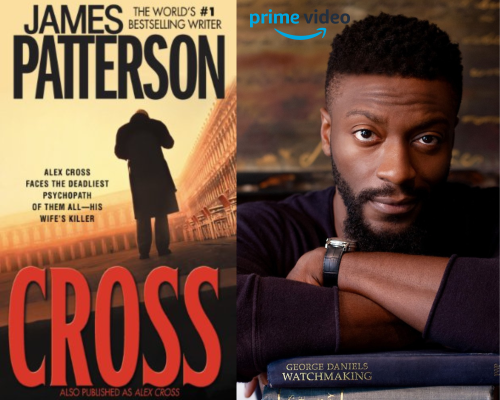 Cross, a series adaptation of the acclaimed Alex Cross novel series by James Patterson, is coming on Prime Video. The series will premiere in more than 240 countries and territories worldwide.

Cross is a detective and forensic psychologist who has the unique ability to comprehend the minds of murderers and their victims and prosecute them. It stars Aldis Hodge, who played the DC superhero in the newly released Black Adam.

The series is created by producer and writer Ben Watkins and produced by Paramount Television Studios and Skydance Television. Ben Watkins serves as showrunner and executive producer of the series. Along with James Patterson, Bill Robinson, and Patrick Santa for James Patterson Entertainment, and David Ellison, Dana Goldberg, and Bill Bost for Skydance Television, Sam Ernst, Jim Dunn, and Craig Siebels also serve as executive producers.

“James Patterson is among the best at captivating audiences with his undeniably enthralling novels, and we are confident that with Ben Watkins’ artistic vision, Cross will do the same for our global customers.” Vernon Sanders, the head of global television at Amazon Studios, said in a press release.

“We are proud to work with James and Ben alongside Paramount Television, Skydance, and the extremely talented Aldis Hodge, who we know will do an exceptional job of bringing Alex Cross to life,” he added.

Alex Cross is brilliant, flawed, and full of contradictions. A doting father and family man, Cross is single-minded to the point of obsession when he hunts killers. He is desperate for love, but his wife's murder has left him too damaged to receive it.