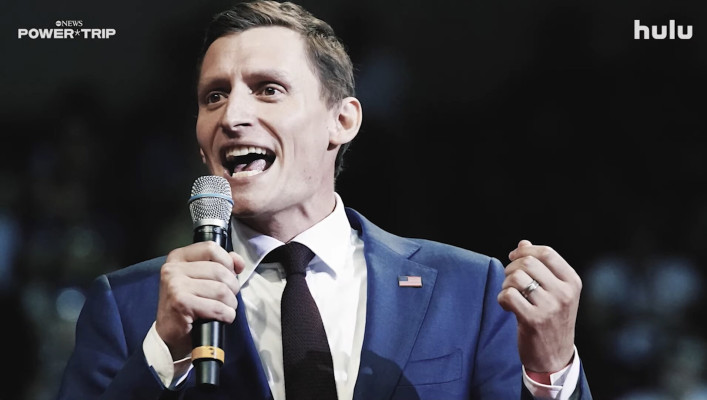 The trailer for Power Trip, an eight-part series coming on Hulu by ABC News Studios, George Stephanopoulos Productions (GSP), and Noble Beast, is now available for the audience. The show stars George Stephanopoulos, a political operative, anchor of This Week, co-anchor of Good Morning America, and worked in various other roles over the years. In this political docu-series, seven eager young “embed” reporters covering the 2022 midterm elections for ABC News will have him as an analyst and as an advisor.

The group of young journalists includes Libby Cathey, a reporter for ABCNews.com who covers the White House, Capitol Hill, and breaking political news and has previous experience working for “The Ellen DeGeneres Show” and Snapchat. Spanish-fluent producer/reporter Abby Cruz previously worked for Washington City Paper and is currently a member of ABC News’ race and culture team. Producer of “Nightline” segments Paulina Tam originally served as an intern with the Newark Police Department.

“The 2022 midterms will offer a lot of surprises and set the stage for the 2024 presidential race. This series showcases the next generation of our political reporting talent as they cover a historic election cycle,” said Stephanopoulos. “I’m proud to help tell this story and guide the ABC News team as we give an intimate look at how today’s cultural and partisan fractures are playing in races across the country.”

Executive producers include Ted Bourne and Heather Riley. An executive contributor to the show, Jonathan Greenberger, vice president of ABC News and head of the Washington bureau, will oversee the embedded reporters.

A groundbreaking political series, hosted by George Stephanopoulos, bringing viewers inside the top stories of the election campaign each week from an unparalleled, ground-level perspective.