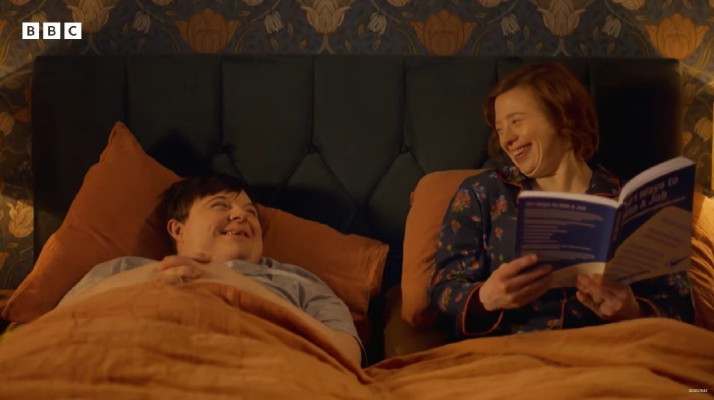 The trailer for the upcoming six-episode spin-off series Ralph and Katie is out now! The story centers on the newlywed characters of The A Word, Ralph (Leon Harrop) and Katie (Sarah Gordy), as they navigate their life and overcome domestic challenges and will premiere on BBC this October 5. The locations for the filming are Manchester and the Lake District.

Peter Bowker, who served as the lead writer for The A Word, created this series. Early last year, Bowker made known the group of writers who have subsequently collaborated with him; all of them are up-and-coming disabled authors who were selected in partnership with BBC Writersroom. They are Tom Wentworth, Lizzie Watson, Genevieve Barr, Annalisa Dinnella, and Amy Trigg. Co-produced for the BBC by ITV Studios and Keshet Productions, in association with Tiger Aspect.

About Ralph and Katie TV Show

The last time we met Ralph and Katie in The A Word, they’d just had the wedding of the year. Brand new comedy drama Ralph and Katie follows the adventure of their lives, as navigating their way through love, life and independence, Ralph (Leon Harrop) and Katie (Sarah Gordy) face the challenges of every newlywed, with the added fact that they have Down’s Syndrome.