Are you searching for America’s Most Badass TV series news? You’ve come to the right place!

Get all the latest information on the America’s Most Badass new tv show here at newshowstv.com. 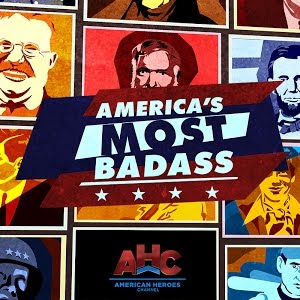 In a nation forged by guts and glory, it takes true courage to stand out from the crowd. History books are brimming with stories of good triumphing over evil, an epic challenge being met, and the most influential and inspirational figures in American history coming into their own. We all know Abraham Lincoln abolished slavery, Amelia Earhart broke aviation records, Elvis Presley stepped out of the spotlight to serve his country, and General George Patton earned the right to be called a military hero, but it's their lesser known exploits of brawn and brains that make them all true American badasses. Stories about our nation's most extraordinary legends, whose mythos extends far beyond their museum exhibits and namesake landmarks, are the focus of AMERICA'S MOST BADASS.