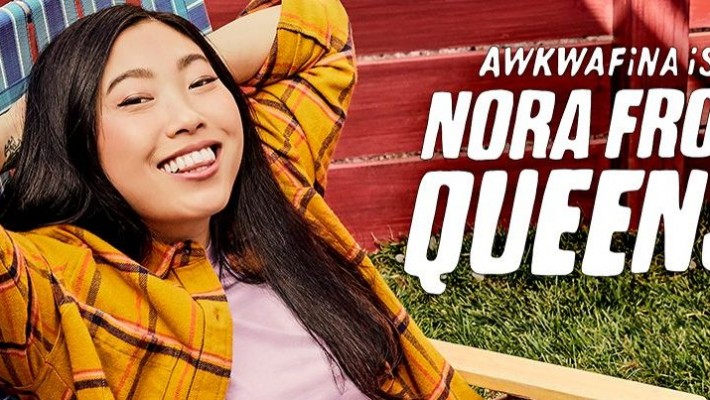 Also be sure to keep track of all the Awkwafina Is Nora from Queens 2021 TV premiere dates.

Episodes From the Series Will Be Directed By Emmy-Nominated(R) Actress/Director Natasha Lyonne, Lucia Aniello, Jamie Babbit, The Daniels, Steven Tsuchida and Anu Valia

Starring one of the hottest names in Hollywood, Awkwafina is Nora From Queens is a half-hour scripted comedy loosely based on Awkwafina's (Nora Lum) real life growing up in Flushing. Raised by her Dad (BD Wong) and Grandma (Lori Tan Chinn) alongside her cousin (Bowen Yang), Nora leans on her family as she navigates life and young adulthood in outer borough-NYC.

Awkwafina is Nora From Queens is executive produced by Nora Lum, Karey Dornetto, Lucia Aniello, Teresa Hsiao, Peter Principato and Itay Reiss of Artists First. Sarah Babineau and Rachel Olson are the Executives in Charge of Production for Comedy Central. For the latest updates and content, follow the show on Instagram @NoraFromQueens.

The #1 brand in comedy recorded a strong quarter of ratings growth for Q2 2019, driven by the brand's core, young male demos. Among M18-34, ratings jumped +12%, Comedy Central's biggest year-over-year growth in that demo since 2014. For P18-34, Comedy Central ratings increased +6%, the second straight quarter that the brand posted growth in the demo. It's the first time since 2014 that the brand grew ratings year over year in consecutive quarters. Driven by strong growth from primetime originals and late-night flagship The Daily Show with Trevor Noah, Comedy Central also recorded its best quarter ever with 1.7 billion social streams, up +30% versus the same quarter last year.