Home | Shows | Below Deck Down Under

Are you searching for Below Deck Down Under TV series news? You’ve come to the right place!

Best 2022-23 TV Shows
Get all the latest information on the Below Deck Down Under new tv show here at newshowstv.com. 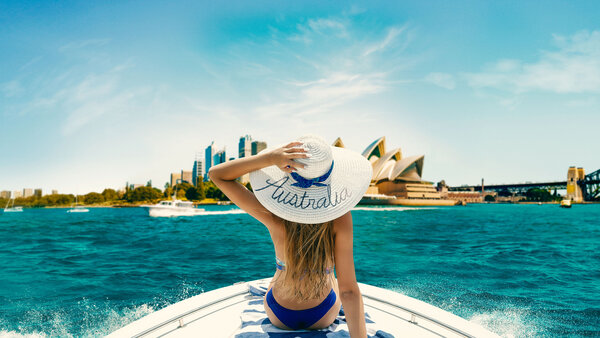 Below Deck Down Under Status: Aired


Below Deck Down Under TV Show Synopsis:

PACK YOUR SNORKEL FOR PEACOCK'S NEW SERIES "BELOW DECK DOWN UNDER" PREMIERING THURSDAY, MARCH 17

· Taking ocean adventures to a whole new level, the latest iteration to the Emmy-nominated "Below Deck" franchise is heading to Australia as BELOW DECK DOWN UNDER premieres Thursday, March 17 on Peacock. The first three episodes will be made available on premiere day.

· Set against the stunning backdrop of the tropical Whitsunday Islands and world-famous Great Barrier Reef in northeastern Australia, the Peacock Original series BELOW DECK DOWN UNDER explores the complex, often explosive dynamics of the crew and a rotating group of demanding charter guests on M/Y Thalassa. This season, Captain Jason Chambers is joined by a familiar face, fan-favorite Aesha Scott as Chief Stew, along with newcomers Chef Ryan McKeown and Bosun Jamie Sayed. Stews Tumi Mhlongo and Magda Ziomek are also on board with deckhands Culver Bradbury, Brittini Burton, and Ben Crawley. Setting the tone for the entire crew, the youthful, charming new captain has a hands-on leadership approach and will do whatever it takes to make sure the guests have an unforgettable vacation, including mesmerizing under-water excursions like scuba diving, snorkeling, and some close encounters with marine life. Though the dynamics on board are initially smooth sailing, a boatload of problems bubble up when the Chef immediately falls out of sync with the Chief Stew. The deck team also hits rocky waters when the Bosun's firm management style is called into question by a free-spirited team member with an aversion to rules. Meanwhile on the interior, Chief Stew Aesha learns the hard way that not everyone on her team will be motivated by her friend-first work mentality. Between charters, the yachties blow off steam by taking full advantage of Australia's world-renowned nightlife, where drama, surprising flirtations, and wild adventures heat up their well-deserved nights off.

· Born and raised in Australia, Jason Chambers is currently the youngest Captain in the "Below Deck" franchise. He is athletic, engaging, and loves adventure, but he takes his leadership role very seriously and knows when to lay down the law. As a captain, he leads by example and optimizes the strengths of each crew member. Encouraging everyone to find enjoyment in their jobs, he is just as fun as he is tough and will occasionally join the crew for a night out.

· Known for her memorable seasons on Bravo's "Below Deck Mediterranean," Aesha Scott is returning to the franchise as a Chief Stew. Hailing from nearby New Zealand, bubbly and gregarious Aesha is the embodiment of fun. Though her sunny personality is infectious on the yacht, she hits a roadblock as a leader when she realizes she can't please everyone.

· Growing up in Philadelphia surrounded by the hospitality industry, Chef Ryan McKeown has always had a passion for food. From prominent restaurants to yachting, Ryan is no stranger to high-profile clients and spectacular service. Ryan is persistent with his ideas in the galley, leading to choppy waters around some of his relationships with the crew.

· Stewardess Tumi Mhlongo is personable, positive, and always the life of the party on and off the yacht. From South Africa, Tumi has a long resume in hospitality and found her first yachting job via tablescapes she showed off on Instagram. Single and ready to flirt, Tumi admits she finds a "potential husband" every week.

· Magda Ziomek, a model from Poland, is a Stewardess who fell in love with the world of yachting after dating a captain. She loves surfing, adventure, and traveling to the ever-changing locations of her charters. Quick witted Magda, who was a fitness instructor on her last boat, isn't afraid to call out crew members who have crossed her.

· As a former police officer from Australia, first-time Bosun Jamie Sayed values order and hierarchy. With his charismatic personality and genuine nature, Jamie is always open to romance or flirtation with the ladies on board. As a stickler for rules, Jamie can be frustrated when others don't take safety seriously.

· Maryland-born Deckhand Culver Bradbury thrives in a team environment and always makes the guests a priority. He has experience on yachts and understands the importance of communication. As the self-proclaimed "Entertainment Officer," Culver is playful, quirky, and always ready for fun.

· Brittini Burton shows up to the Thalassa eager to learn. Born in Michigan, Brittini started her yachting career on the interior but quickly learned she prefers working outdoors. Friendly and personable, Brittini comes on board amidst a voyage of personal self-discovery. She loves to have fun but always tells it like it is, especially when it comes to her male colleagues on deck.

· Australian-born Deckhand Ben Crawley is on a spiritual journey after the devastating loss of both of his parents. Though he has a quiet side, he loves to entertain and banter with the guests. He has progressed quickly in the maritime industry, but he takes issue with big egos on deck.