Are you searching for Bump TV series news? You’ve come to the right place!

Best 2022-23 TV Shows
Get all the latest information on the Bump new tv show here at newshowstv.com.

There are 100s of new 2022 TV shows and new 2023 series coming your way. Bump Season 1 will be with us eventually, but when? We gather all the news on the series premiere of Bump to bring you the most accurate Bump coming soon news and premiere date. 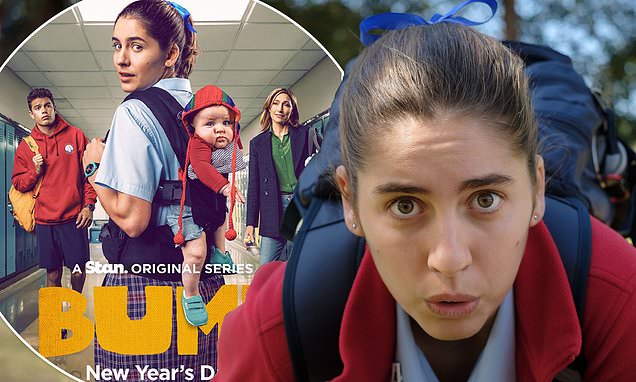 Whether Bump is ultimately cancelled or renewed for Season 2 will be revealed, but one thing is for sure, Bump is on our new and 2022 upcoming TV shows list!

BUMP is an Australian comedy-drama series about Olympia ('Oly') Chalmers-Davis (Nathalie Morris, "Almost Paradise," "One Lane Bridge"), an overachieving 17-year-old student who knows exactly where she's going. Her boyfriend, doctor's son Lachie (Peter Thurnwald, "King Kong: Skull Island," "Thor: Ragnarok"), ticks all the right boxes; she and her best friend, Reema (Safia Arain, "One Lane Bridge," "Black Christmas"), share an ambitious 10-year plan: top grades, international relations at a university, work for the UN, save the world. Oly's mother Angie (Claudia Karvan, "Love My Way," "The Secret Life Of Us") is the head of English at her inner city high school; and her father Dom (Angus Samson, "Fargo," "The Lincoln Lawyer") is a recently redundant executive who's been spending nights on his moored boat.

Angie and Dom are lost in their own mid-life reckoning. At school Oly collapses in agony. She's sped to hospital in an ambulance, accompanied by Angie, and they are both stunned - horrified! - to discover that Oly is in labor. Blindsided, in deep shock, Oly rejects the baby entirely. If she doesn't acknowledge the baby, then she doesn't have to acknowledge how her life has irrevocably changed, or that the baby's father is not her boyfriend; it's Santiago "Santi" Hernandez (Carlos Sanson, Jr., "Legacies," "Malibu Rescue: The Next Wave"), the laid-back son of Angie's major work crush: Chilean soccer coach Matias (newcomer Ricardo Scheihing-Vasquez). The Hernandez and Chalmers families clash over differing expectations of family obligations and with Angie and Dom on the brink of separation already, and Matias and his wife Rosa (Paula Garcia, "Little White Lies") battling their own messy household dynamic, the arrival of the baby sets off each family in different ways.

As the series develops, so does our understanding of what drew Oly and Santi together in the first place, and how it could bring them closer now - if they can navigate this sudden onset of adulthood, and if their families don't get in the way.