Home | Shows | Expedition to the Edge

Are you searching for Expedition to the Edge TV series news? You’ve come to the right place!

Get all the latest information on the Expedition to the Edge new tv show here at newshowstv.com.

Expedition to the Edge 2022 TV Series 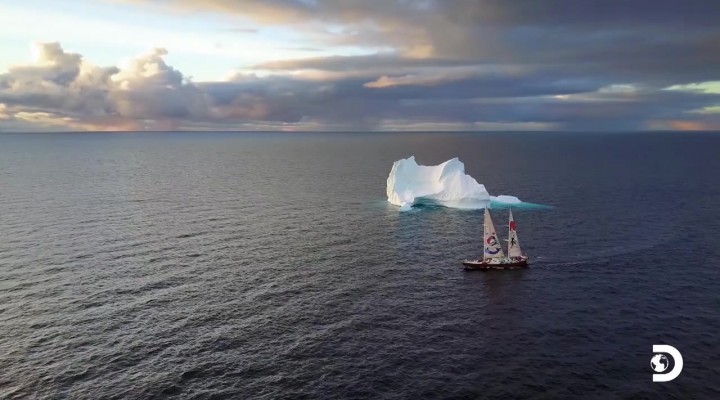 Expedition to the Edge Status: Aired

In 2018, Captain Clemens Gabriel, along with his family, including daughters aged five and six, and a group of modern-day explorers, set out on the adventure of a lifetime. They would journey through The Northwest Passage - one of the most dangerous nautical sea routes in the world located between the Atlantic and Pacific oceans through the Arctic. Known for its beauty and deceptive calm, many have attempted it, but very few have succeeded. In an all new Discovery Channel series, EXPEDITION TO THE EDGE, Captain Clemens and his rag tag group of family and friends will quickly learn the price of adventure when a voyage with friends unravels into a life-or-death crisis forcing all hands-on-deck. EXPEDITION TO THE EDGE premieres Sunday, August 23 at 9pm ET/PT on Discovery. In addition to watching on Discovery Channel, viewers can stream it live by downloading the Discovery GO app. Follow Discovery on Facebook, Instagram, TikTok and Twitter for the latest updates and join the conversation on social media by using the hashtag #ExpeditiontotheEdge. After several record-breaking summers of warm temperatures in the Arctic, Captain Clemens Gabriel and his crew of family and friends were 1 of 23 ships who expected smooth sailing as they attempted the perilous Northwest Passage through the Arctic in 2018. However, after setting sail from The Marshall Islands to tackle the impossible, they quickly encountered the coldest season in quarter century. 21 ships turned back immediately, but Captain Clemens Gabriel made the shocking decision to push through. Equipped with a 40-year-old boat, no formal training and no financial backing, the crew is a self-sustaining and unfunded group of modern explorers who must fix and correct every hardship and obstacle that stands in their way using only elbow grease and ingenuity. With an unfiltered look at the motivations, fears and struggles of the crew who survived a perilous 8-month journey into the legendary Northwest Passage, EXPEDITION TO THE EDGE is the story of one family on their epic, emotionally charged journey to follow their dream and have the adventure of a lifetime.