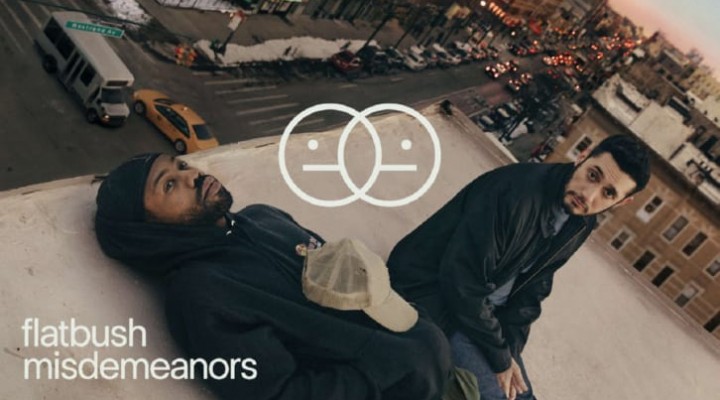 Also be sure to keep track of all the Flatbush Misdemeanors 2021 TV premiere dates.

Award-Winning Comedians and Creators Kevin Iso and Dan Perlman To Executive Produce and Star
LOS ANGELES - October 12, 2020 - SHOWTIME has made a straight-to-series order for 10 episodes of the new half-hour comedy FLATBUSH MISDEMEANORS, created and written by Kevin Iso and Dan Perlman, who will both star. The series is a co-production by SHOWTIME and Avalon (Breeders, Last Week Tonight with John Oliver), which will act as lead studio in adapting Iso and Perlman's digital series of the same name. The announcement was made today by Gary Levine and Jana Winograde, Presidents of Entertainment, Showtime Networks Inc.

FLATBUSH MISDEMEANORS is a raw comedy of city life following Dan and Kevin, who play characters struggling to thrive in their new surroundings in the brash environment of Flatbush, Brooklyn. Bold, smart and grounded in authenticity, the show explores two longtime friends seeking to climb out of their heads and connect with others. For their work writing, directing and starring in the shorts that form the foundation of the series, Iso and Perlman won Best North American Short Film at the London Film Festival, with the first installment becoming Oscar(R) qualified following a Grand Jury Award for Best Narrative Short at the Florida Film Festival.

"FLATBUSH MISDEMEANORS is a funny, audacious and inventive series that rips the artisanal sheen off of Brooklyn and mines comedy from the diverse, un-gentrified characters who live there," said Levine. "Kevin and Dan are multi-talented and have unique, authentic voices that we are thrilled to bring to SHOWTIME audiences."

Perlman is a stand-up comedian and writer from New York City who earned New Face honors at the 2018 Montreal Just For Laughs festival. He created and wrote an animated series, That's My Bus! and has appeared on The Iliza Shlesinger Sketch Show. Perlman has had four projects featured in the New York Television Festival and wrote for SiriusXM's Bennington. He has written on the WGA Awards, for hosts Roy Wood Jr. and Lewis Black, and his debut comedy album Emergency Contact was released in May. This year, Perlman's short film Cramming won the audience award at the Brooklyn Film Festival.

Originally from Houston, Iso began performing stand up all across Texas before moving to New York. He was named a New Face at the 2019 Just For Laughs Festival in Montreal and was one of Comedy Central's Comics to Watch. He recently appeared opposite Zoë Kravitz in the series High Fidelity, and also appears on This Week at the Comedy Cellar for Comedy Central.

"We started this project ourselves three years ago on zero budget, so this is a dream come true," Perlman said. "We're very grateful to everyone at SHOWTIME, and we're so excited to make a series that's funny, distinct and special in a neighborhood we love."

Added Iso: "Honestly, I'm just glad I can move into a building where they don't steal packages."