Are you searching for Freeridge TV series news? You’ve come to the right place!

Get all the latest information on the Freeridge new tv show here at newshowstv.com.

There are 100s of new 2021 TV shows and new 2022 series coming in 2021 and 2022. Freeridge Season 1 will be with us eventually, but when? We gather all the news on the series premiere of Freeridge to bring you the most accurate Freeridge coming soon news and premiere date. 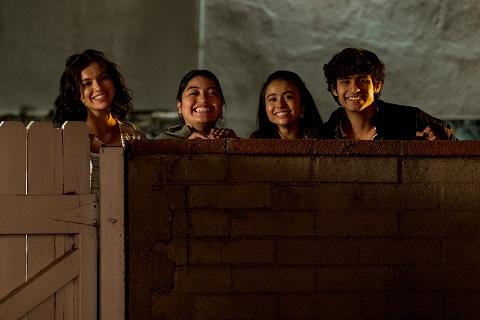 
Whether Freeridge is ultimately cancelled or renewed for Season 2 will be revealed, but one thing is for sure, Freeridge is on our new and 2021 upcoming TV shows list!

NETFLIX ANNOUNCES CAST FOR THE NEW YA COMEDY "FREERIDGE," A SPINOFF OF HIT SERIES "ON MY BLOCK"

It was previously announced that Netflix picked up the new YA Comedy series Freeridge, a spinoff of fan favorite On My Block, which premiered its fourth and final season on Monday, October 4, 2021. Fans are promised to see another side of the beloved and fictitious town of Freeridge with a new Core Four, and today it was announced that Bryana Salaz (Team Kaylie), Keyla Monterroso Mejia (Curb Your Enthusiasm Season 11, Growing Fangs), Ciara Riley Wilson (LA's Finest, Kim Possible) and Shiv Pai (Iron Fist, Uncut Gems) will be filling these roles after making an appearance in the series finale episode of On My Block.

Logline: The stories of Freeridge continue in this On My Block spinoff following a new crew of friends who may or may not have unleashed a deadly curse kicking off an unforgettable adventure.