Are you searching for Gumby TV series news? You’ve come to the right place!

Best 2022-23 TV Shows
Get all the latest information on the Gumby new tv show here at newshowstv.com.

There are 100s of new 2022 TV shows and new 2023 series coming your way. Gumby Season 1 will be with us eventually, but when? We gather all the news on the series premiere of Gumby to bring you the most accurate Gumby coming soon news and premiere date. 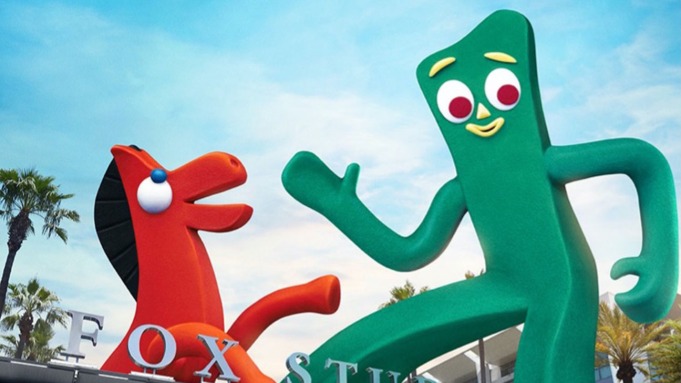 Whether Gumby is ultimately cancelled or renewed for Season 2 will be revealed, but one thing is for sure, Gumby is on our new and 2022 upcoming TV shows list!

FOX Entertainment has acquired the iconic animated character Gumby, and all his friends, from the estate of Joseph Clokey, son of creator Art Clokey, it was announced today by FOX Entertainment CEO Charlie Collier. The acquisition expands on FOX Entertainment's long-term strategy of building a select, curated and culturally compelling library of owned content and intellectual property to showcase across its linear, AVOD, blockchain-based and other platforms.

FOX Entertainment has obtained all rights to the popular franchise, including film, television and streaming, consumer products, licensing, publishing and all other categories. In addition, FOX has acquired the full library of Gumby animated series, specials, movies and content, which will expand Tubi's current offerings of the franchise. This classic and well-known IP complements other recent FOX Entertainment acquisitions and FOX partnerships, including Tubi, Bento Box Entertainment, Studio Ramsay Global, TMZ, MarVista Entertainment and start-up company Blockchain Creative Labs, as well as FOX Alternative Entertainment and the newly formed FOX Entertainment Studios.

"Picking a new home was important to me, and I've found great partners in FOX Entertainment," explained Gumby in a very green statement. "They have a vision for my modern, multi-platform reemergence, which is thrilling. Throughout our conversations, Pokey and I reiterated that we are talent they can mold. Literally."

"Competition for globally recognized intellectual property is fierce. Uncovering this gem, with its built-in awareness and affinity, and bringing it to FOX, adds meaningful value and creative possibilities to the IP itself and to multiple divisions of our company," said Collier. "FOX is proud to be home to these iconic characters. Welcome one and all."

Internal teams are already hard at work both showcasing the classic Gumby series on Tubi and reimagining this beloved franchise for broadcast, streaming and beyond.

Upon Gumby and Pokey's arrival at the iconic FOX Studios Lot in Century City, traffic on Pico Blvd. came to a standstill.