Home | Shows | I Can See Your Voice 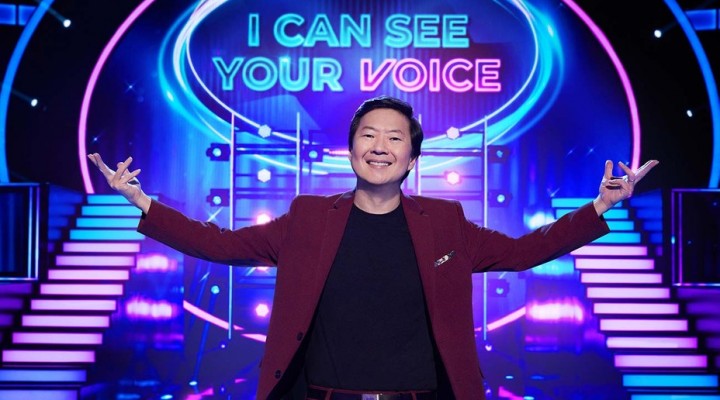 Also be sure to keep track of all the I Can See Your Voice 2021 TV premiere dates.

I Can See Your Voice TV Show Synopsis:

FOX Entertainment has ordered the all-new music guessing game unscripted series I CAN SEE YOUR VOICE, hosted and executive-produced by comedian, actor and THE MASKED SINGER panelist Ken Jeong. Based on the South Korean format from CJ ENM, the series will be produced by FOX Alternative Entertainment (FAE) and will premiere later this year on FOX.

Jeong added, "As the smartest judge on THE MASKED SINGER, I am excited to be the host of I CAN SEE YOUR VOICE. I truly love working with Rob Wade, Craig Plestis and everyone at FOX Alternative, and I know EXACTLY what the next big FOX hit will be!"

Each week on the show, one contestant will have the chance to win a cash prize if he or she can tell the difference between the good and bad singers, without ever hearing them sing a note. Helping the contestant navigate through rounds of lip sync challenges, hilarious hidden clues and true-or-false evidence will be a panel of celebrity comedians/experts and a musical superstar. In the end, the singer whom the contestant picks will reveal if they are good or bad in a duet performance with the musical superstar, resulting in an amazing musical collaboration or a totally hilarious train wreck.

Actor, producer and writer Ken Jeong has established himself as one of today's top comedic stars. He is a panelist on television's #1 series, FOX's THE MASKED SINGER. He also appeared in the smash hit comedy "Crazy Rich Asians," and reteamed with the award-winning film's director, John M. Chu, on his first-ever comedy special, "Ken Jeong: You Complete Me, Ho," which launched globally on Netflix in 2019. Jeong is best known for his roles on "Dr. Ken," for which he also served as the creator, writer and executive producer; the network comedy "Community"; and "The Hangover" franchise. He will next be seen on the big screen in "My Spy" and "Scoob."

I CAN SEE YOUR VOICE will be produced by FOX Alternative Entertainment. James McKinlay and Craig Plestis will serve as executive producers. Ken Jeong also serves as an executive producer. The series is based on a South Korean format from CJ ENM.