Are you searching for Killer Relationship With Faith Jenkins TV series news? You’ve come to the right place!

Best 2022-23 TV Shows
Get all the latest information on the Killer Relationship With Faith Jenkins new tv show here at newshowstv.com. 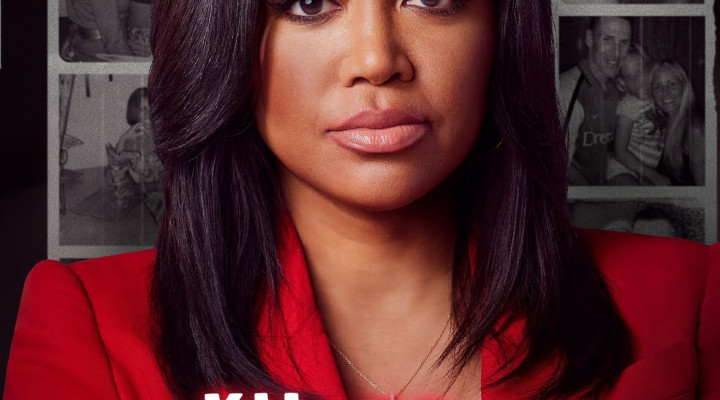 OXYGEN DELVES INTO ROMANCE THAT BLOOMS WITH FIERY PASSION AND ENDS IN THE DEPTHS OF DESPAIR WITH THE NEW SERIES "KILLER RELATIONSHIP WITH FAITH JENKINS," PREMIERING SUNDAY, JANUARY 16 AT 7:00PM ET/PT

"Killer Relationship with Faith Jenkins" investigates burgeoning romances from their sweet beginnings, and follows what happened all the way through to their bitter endings. With her background as a criminal prosecutor in the Manhattan District Attorney's Office, and with her expertise in matters of the heart, Faith Jenkins gives her professional POV of the nightmarish cases. With first-hand accounts from victims' family, friends and law enforcement, each hour-long episode reveals the inner workings of intimate attachments that seemed fated to last forever and ended in murder.
Cases covered in this eight-episode season include:

Unholy Terror - A twisted secret must be hidden at all costs. To prevent its exposure, a seemingly solid marriage between two deeply religious people is ruined. However, something even more precious is destroyed. Two lives are lost forever in the cold-blooded and desperate killings of a beautiful mother and daughter.

Monster-In-Law - Two young people are set up by their parents, leading quickly to love and marriage. Their happy union is horrifically shattered when one deranged mother-in-law orders the killing of the beautiful young bride in broad daylight.

If I Can't Have You... - When a charismatic young woman meets a dynamic and handsome man at an Orlando nightclub, it seems like a perfect match. The blossoming relationship draws to a sharp close when a secret marriage and a lover who just can't let go spells doom for the two innocent victims.
Forbidden Love, Brutal Death - Two unlikely lovers form a secret bond held together by faith. Over time, their polygamous marriage festers terribly. The circumstances lead a manipulative and deceitful charlatan to kill the woman he once loved, a beautiful young mother of two sons.

"The Real Murders of Atlanta" portrays the unbelievable cases of homicide that highlight the boundaries between gentrified Southern dynasties, hip hop hustlers and the flashy nouveau riche of this metropolitan mecca of music, entertainment and tech. Told by the investigators, witnesses, reporters and loved ones who have direct connections to the cases, each hour-long story brings Atlanta's hustle and deadly decadence into sharp focus. It's the dark side of the New South, where deadly battles for status and affluence emerge between those who are willing to kill for the good life and those willing to kill to keep it.
Cases covered in the 10-episode season include:

Blunt Instrument - When a tech mogul is found bludgeoned to death in his lavish Roswell bedroom, detectives quickly compile a long list of potential suspects. Police ultimately zero in on one scorned lover who wouldn't take no for an answer.

Blood Feud - Atlanta's thriving hip hop scene is stunned when up-and-coming rapper Lil' Phat is executed in broad daylight. The case takes detectives into a world of mobsters and kingpins where the victim's lyrics may have foretold his demise.

A Deadly Union - The grisly double-murder of two Lockheed employees stuns their families and leaves investigators baffled. As the case languishes for years, investigators are unable to make an arrest until the prime suspect kills again.

Final Judgment - When a prominent Atlanta judge is shot dead in her upscale home, detectives must figure out if the killing was payback from any criminals she had put behind bars, or if someone close had a personal score to settle.