Are you searching for Lessons in Chemistry TV series news? You’ve come to the right place!

Best 2022-23 TV Shows
Get all the latest information on the Lessons in Chemistry new tv show here at newshowstv.com. 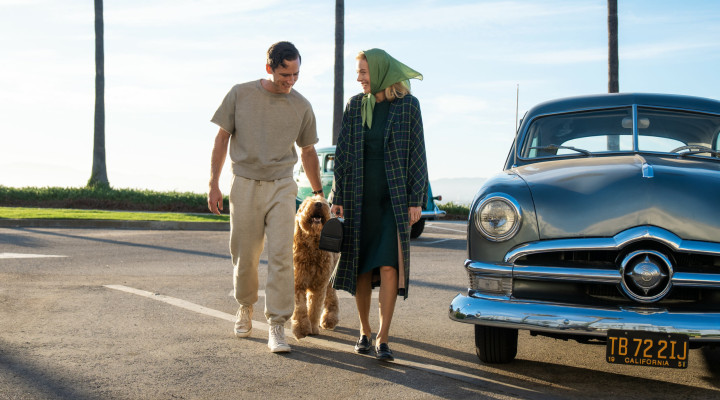 Apple TV+ today unveiled a first look at “Lessons in Chemistry,” and announced that production is underway on Apple Studios’ new drama series starring and executive produced by Academy Award winner Brie Larson (“Captain Marvel,” “Room”). Based on the bestselling, debut novel from author, science editor and copywriter Bonnie Garmus, “Lessons in Chemistry” will make its global debut on Apple TV+ in 2023.

Starring alongside Larson and rounding out the cast for the highly anticipated drama are:

Lewis Pullman (“Top Gun: Maverick,” “Outer Range”) as Calvin
Aja Naomi King (“How to Get Away with Murder,” “Sylvie’s Love,” “The Upside,” The Birth of a Nation”) as Harriet Slone
Stephanie Koenig (“The Flight Attendant,” “The Offer”) as Fran Frask
Patrick Walker (“Gaslit,” “The Last Days of Ptolemy Grey”) as Wakely
Thomas Mann (“Winning Time: The Rise of the Lakers Dynasty,” “Me and Earl and the Dying Girl”) as Boryweitz
Kevin Sussman (“The Big Bang Theory,” “The Dropout,” “Better Call Saul”) as Walter
Multi Emmy and Golden Globe Award winner Beau Bridges ("Acting: The First Six Lessons," "Homeland," "Goliath," "Bloodline," "Masters of Sex," “The Fabulous Baker Boys”) as Wilson

Set in the early 1950s, “Lessons in Chemistry” follows Elizabeth Zott (played by Larson), whose dream of being a scientist is put on hold in a society deeming that women belong in the domestic sphere, not the professional one. When Elizabeth finds herself pregnant, alone and fired from her lab, she musters the ingenuity only a single mother has. She accepts a job as a host on a TV cooking show, and sets out to teach a nation of overlooked housewives – and the men who are suddenly listening – a lot more than recipes … all the while craving a return to her true love: science.

The series will premiere alongside a growing slate of films and series hailing from Apple Studios, including the recently premiered new psychological thriller “Surface” starring Gugu Mbatha-Raw; “Mrs. American Pie,” an upcoming Apple Original from creator Abe Sylvia that stars Kristen Wiig; “High Desert,” a new comedy starring Patricia Arquette and directed by Ben Stiller; “City on Fire,” inspired by the acclaimed novel of the same name, and written and executive produced by Josh Schwartz and Stephanie Savage; “The Changeling,” a new drama series with LaKeith Stanfield attached to star and executive produce; Martin Scorsese and Leonardo DiCaprio's eagerly anticipated upcoming film, “Killers of the Flower Moon,” and more.