Are you searching for Mrs. Fletcher TV series news? You’ve come to the right place!

Get all the latest information on the Mrs. Fletcher new tv show here at newshowstv.com.

There are 100s of new 2022 TV shows and new 2022 series coming your way. Mrs. Fletcher Season 1 will be with us eventually, but when? We gather all the news on the series premiere of Mrs. Fletcher to bring you the most accurate Mrs. Fletcher coming soon news and premiere date. 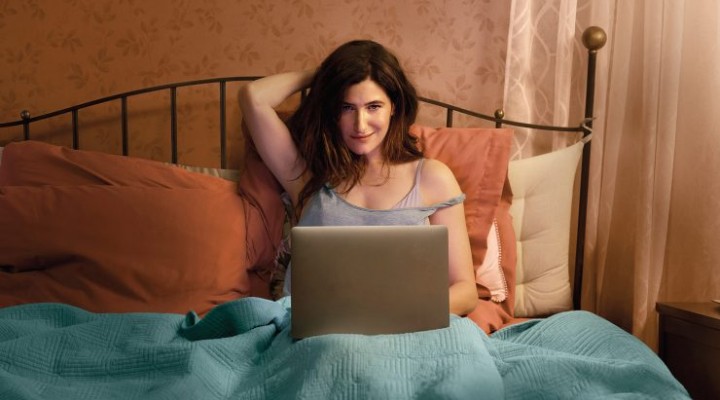 Nicole Holofcener Directs The Pilot From A Script Written By Perrotta

Starring Kathryn Hahn (Emmy(R) nominee for "Transparent"; HBO's forthcoming "I Know This Much Is True") in the title role, MRS. FLETCHER, a seven-episode limited series debuting SUNDAY, OCT. 27 (10:30-11:00 p.m. ET/PT), is based on the bestselling novel of the same name by Tom Perrotta. The series is a dual coming-of-age story chronicling the personal and sexual journeys of an empty-nest mother and her college freshman son, who both embrace their newfound freedom with mixed results.

As the series begins, Eve Fletcher (Kathryn Hahn), a mid-40s single mom who works as the executive director of a senior center, drops her only child off at college and returns home to a very empty house. Meanwhile, Eve's son Brendan (Jackson White), a popular (though sometimes clueless) jock, finds college is a little more complicated than he expected and struggles to make connections with his more socially and politically aware fellow students. As mother and son find themselves alone for the first time, this sharp, provocative series navigates themes of parenthood, sexuality, love, and identity in a cultural moment when attitudes about gender and sex are evolving rapidly.