Are you searching for Pivoting TV series news? You’ve come to the right place!

Best 2022-23 TV Shows
Get all the latest information on the Pivoting new tv show here at newshowstv.com.

There are 100s of new 2022 TV shows and new 2023 series coming your way. Pivoting Season 1 will be with us eventually, but when? We gather all the news on the series premiere of Pivoting to bring you the most accurate Pivoting coming soon news and premiere date. 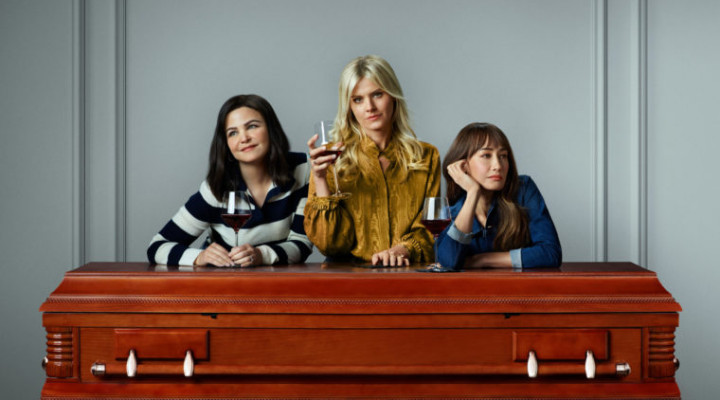 Whether Pivoting is ultimately cancelled or renewed for Season 2 will be revealed, but one thing is for sure, Pivoting is on our new and 2022 upcoming TV shows list!

PIVOTING is a single-camera comedy about how we deal with life, death and all the crazy things that happen in between. Set in a small, middle-class town in Long Island, NY, the series follows three women - and close-knit childhood friends - as they cope with the death of the fourth member of their group. When faced with the reality that life is short, these women pivot, and alter their current paths, by way of a series of impulsive, ill-advised and self-indulgent decisions. These pivots will strengthen their bond and prove it's never too late to screw up your life in the pursuit of happiness. For AMY (Eliza Coupe, "Happy Endings"), the fearless producer of a local cooking show, managing a hundred employees comes easily. Yet, when it comes to caring for her own children - seven-year-old LUKE (Marcello Reyes, "Modern Family") and 18-month-old JULIA - she's absolutely terrified. Despite her lack of maternal instincts, her husband, HENRY (Tommy Dewey, "Casual"), a contractor who never loses his cool, perfectly counter-balances Amy in all of her flaws. Her pivot is to be a more active, present mother. JODIE (Ginnifer Goodwin, "Once Upon a Time") is a stay-at-home mom of three in a loveless marriage. Her husband is a controlling, finance-obsessed jerk, but Jodie has never even considered that the grass might be greener anywhere else. When she does, her pivot means getting in shape... and maybe more with her hot 25-year-old trainer, MATT (JT Neal, "Bless This Mess"), who gives her the attention, affection and excitement she didn't realize she had been craving for years. SARAH (Maggie Q, "Designated Survivor") is a successful doctor - an MD and PhD, as she will readily let anyone know. For Sarah, the loss of their friend is compounded by the recent divorce from her wife. After a life filled with stress, Sarah is sent into a tailspin, that launches her pivot to a simpler, and thus happier life - working as a grocery store employee. Written by Liz Astrof ("The Conners," "2 Broke Girls"), PIVOTING takes a real look at three intelligent, empowered and seemingly enlightened women who decide to stop and hit the reset button. For all three of these women, the untimely and heartbreaking death of their friend was the wake-up call they didn't know they needed, but might be just the thing that helps them live their best lives.

· Logline: PIVOTING follows three women after the death of their childhood best friend. Faced with the reality that life is short, in desperate attempts to find happiness, they make a series of impulsive, ill-advised and self-indulgent decisions, strengthening their bond proving it's never too late to screw up your life.