Get all the latest information on the Soulmates new tv show.
There are 100s of new 2020 TV shows and new series coming in 2021 and Soulmates is among them. Soulmates Season 1 will be with us eventually, but when? We gather all the news on the series premiere of Soulmates to bring you the most accurate Soulmates coming soon news and premiere date. 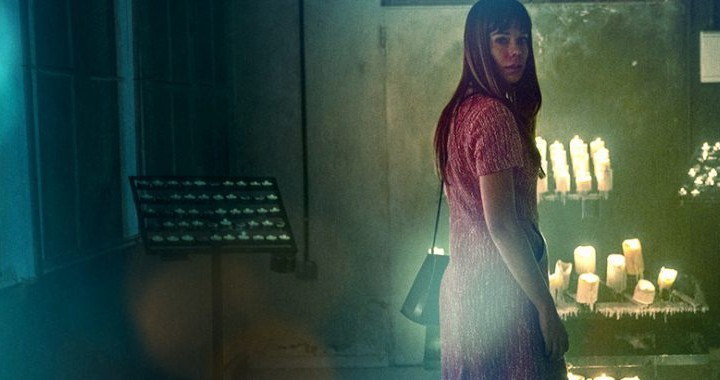 Whether Soulmates is ultimately cancelled or renewed for Season 2 remains to be seen, but one thing is for sure, Soulmates is on our new and upcoming TV shows 2020-21 list!

From AMC Studios, Soulmates is set fifteen years into the future, when science has made a discovery that changes the lives of everyone on the planet - a test that unequivocally tells you who your soulmate is. In a first-ever format for AMC, each of the six episodes will feature a different cast and explore an entirely new story around discovering (or opting not to discover) the results of this new test and the impact of those results on a myriad of relationships.

In one of the episodes, Heaton will play big-hearted Kurt, who is lost after the discovery that his soulmate is dead and finds faith and opportunity in the arms of a church, which helps those whose soulmates have already passed on. In the same episode, Akerman will play Martha, who has bounced from bad relationship to bad relationship, but is now putting her trust in the test and the same church.

Also joining Heaton and Akerman in this episode are Joe Anderson (Brave New World) as Travis, a heartbroken, suicidal man, who is isolated from his family and wants to be forgiven; and Steven Mackintosh (Rocketman) as Brother Samson, who is spreading a message of a hopeful future to all his flock, imbuing them with peace and the understanding that they are all worthy of love.

In a later episode, Brandt will play Caitlin, a push-over who, after discovering her soulmate, starts to finally stand up for herself. Joining Brandt are Feild as Nathan, who has a dark side and decides to share it when he meets his match Caitlin; and Tom Goodman-Hill (Cheat), as Doug, Caitlin's dependable and dependably unromantic boyfriend.

Directors for the series include Rob Savage (Britannia), who directs multiple episodes, Marco Kreuzpaintner (Creator and Director of Beat), Andrea Harkin (The Trial of Christine Keeler) and creator, executive producer and writer, Will Bridges.

Bridges and Goldstein executive produce with Jolyon Symonds through Fearless Minds, a Banijay Group company (Thorne series for Sky One, Complicit). Bridges and Goldstein previously created the short film For Life, which serves as the basis for this new, original series.