Are you searching for Station Eleven TV series news? You’ve come to the right place!

Get all the latest information on the Station Eleven new tv show here at newshowstv.com.

There are 100s of new 2022 TV shows and new 2022 series coming your way. Station Eleven Season 1 will be with us eventually, but when? We gather all the news on the series premiere of Station Eleven to bring you the most accurate Station Eleven coming soon news and premiere date. 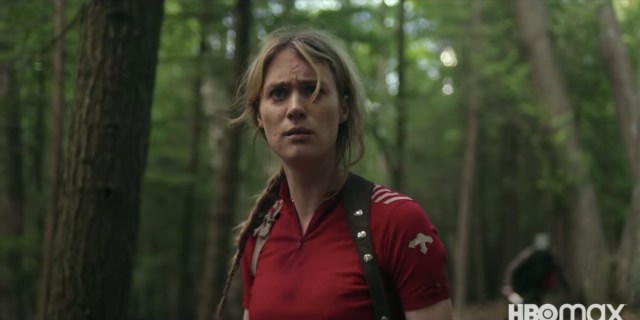 · Logline: A postapocalyptic saga spanning multiple timelines, STATION ELEVEN tells the stories of survivors of a devastating flu as they attempt to rebuild and reimagine the world anew while holding on to the best of what's been lost.

· Daniel Zovatto ("Penny Dreadful: City of Angels," "Don't Breathe") as "The Prophet," the enigmatic leader of a mysterious cult of young people.

· Lori Petty ("A League of Their Own," "Orange Is the New Black") as "The Conductor," the leader of a group of traveling Shakespeare performers.

· Andy McQueen ("Books of Blood," "The Coroner") as "Sayid," a charming, impatient actor in the Traveling Symphony.

· Enrico Colantoni ("Veronica Mars," "A Beautiful Day in the Neighborhood") as "Brian," agent to a world-famous actress until the pandemic upends the world as he knew it.

· Julian Obradors ("7th & Union," "Mayans M.C.") as "Tyler Leander," the precocious son of two movie stars, who learns painful life lessons by watching the adults around him respond to crisis.

· Credits: Based on the international bestseller by Emily St. John Mandel, which was both a National Book Award and PEN/Faulkner Award finalist, STATION ELEVEN is a ten-episode limited series drama. It is created by Patrick Somerville ("Maniac," "The Leftovers"), who also serves as the showrunner, and directed by Hiro Murai ("Atlanta," "Barry," Childish Gambino's "This is America"), with Paramount Television Studios serving as the studio. Somerville and Murai executive produce alongside Scott Steindorff, Scott Delman, Jessica Rhoades, Dylan Russell, Jeremy Podeswa and Nate Matteson. Nick Cuse and David Nicksay serve as co-EPs.

· Lori Petty is represented by APA and Vanguard Management Group.

· Julian Obradors is represented by The Osbrink Agency and Kleinberg Lange Cuddy & Carlo.

A limited series based on Emily St. John Mandel’s international bestseller, Station Eleven is a post-apocalyptic saga that follows survivors of a devastating flu as they attempt to rebuild and reimagine the world anew while holding on to the best of what's been lost.