Are you searching for The Wheel TV series news? You’ve come to the right place!

Get all the latest information on the The Wheel new tv show here at newshowstv.com.

There are 100s of new 2021 TV shows and new 2022 series coming in 2021 and 2022. The Wheel Season 1 will be with us eventually, but when? We gather all the news on the series premiere of The Wheel to bring you the most accurate The Wheel coming soon news and premiere date. 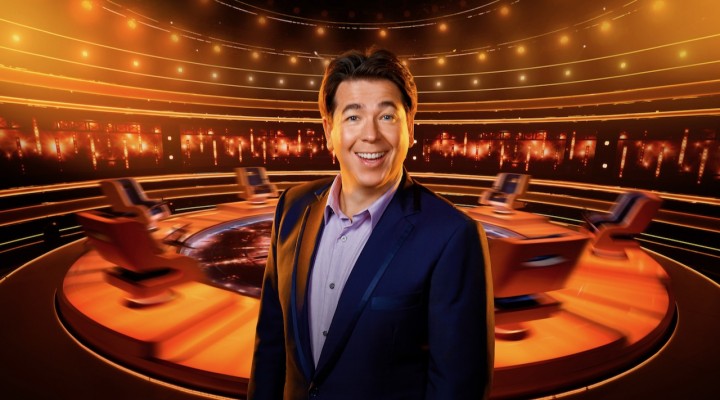 
Whether The Wheel is ultimately cancelled or renewed for Season 2 will be revealed, but one thing is for sure, The Wheel is on our new and 2021 upcoming TV shows list!

· NBC has tapped renowned British comedian Michael McIntyre as host of its new upcoming gameshow series "The Wheel," set to premiere in 2022.

· The BAFTA award-winning McIntyre also hosts the UK version of "The Wheel."

· A hilarious new take on the game show format, "The Wheel" will give viewers plenty to root for as celebrity guests attempt to help contestants win life changing money. Each episode will feature suspenseful high-stakes trivia, plenty of laughs, and huge stars seated on a spectacular 42-foot-wide spinning wheel.

· The series debuted in November 2020 as the top-rated game show for BBC Primetime since 2011.

· McIntyre is one of England's most popular comedians. He has hosted several specials, variety shows and talk shows for BBC One and holds the record for selling more than 400,000 tickets in London's O2 Arena over a span of 28 shows.

· "The Wheel" is produced by Warner Bros. Unscripted Television in association with Warner Horizon and the original British creative team, Hungry McBear.

· The series was created by Michael McIntyre and Dan Baldwin, who will executive produce with Noah Bonnett, Mike Darnell and Brooke Karzen. Jeff Apploff serves as showrunner.