Home | Shows | We Own This City

Are you searching for We Own This City TV series news? You’ve come to the right place!

Best 2022-23 TV Shows
Get all the latest information on the We Own This City new tv show here at newshowstv.com. 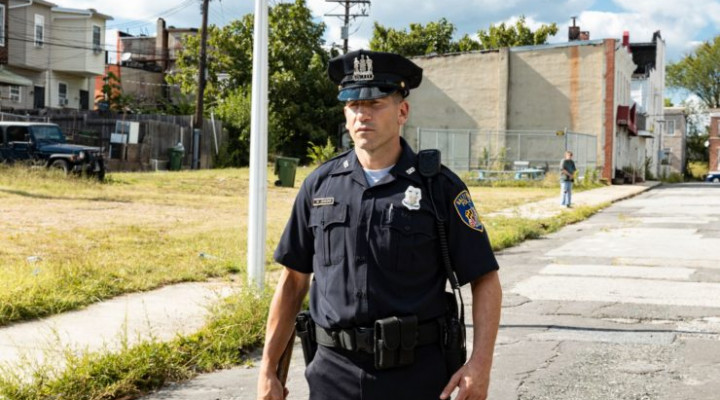 We Own This City Status: Coming Soon


We Own This City TV Show Synopsis:

HBO Limited Series WE OWN THIS CITY, From George Pelecanos And David Simon, And Directed By Reinaldo Marcus Green Debuts April 25

· The six-episode limited series WE OWN THIS CITY, debuts MONDAY, APRIL 25 on HBO and will be available to stream on HBO Max.

· Logline: Based on the book by Baltimore Sun reporter Justin Fenton, WE OWN THIS CITY chronicles the rise and fall of the Baltimore Police Department's Gun Trace Task Force and the corruption and moral collapse that befell an American city in which the policies of drug prohibition and mass arrest were championed at the expense of actual police work.

· Character descriptions can be found HERE.

Jon Bernthal as Sgt. Wayne Jenkins of the Baltimore Police Department, perhaps the central figure in the sprawling federal corruption case that centered on the agency's Gun Trace Task Force, a plainclothes unit that went completely rogue and began hunting and robbing citizens and drug dealers alike as decades of a relentless drug war and mass incarceration in Baltimore spun wildly out of control.

Wunmi Mosaku as Nicole Steele, an attorney assigned to the Civil Rights Division of the Department of Justice, which was investigating policing practices in Baltimore prior to the Gun Trace Task Force criminal investigation. Focused on creating a voluntary, monitored federal consent decree aimed at reform, Steele's work centers on the systemic reasons police corruption and bad behavior are excused by Baltimore City prosecutors, judges and the police department itself.

Jamie Hector as Sean M. Suiter, a Baltimore City Homicide detective who was caught up in the GTTF case and called to testify before a federal grand jury. Tragically, Suiter finds he can't outrun his past.

McKinley Belcher III as Momodu "G Money" Gondo, an 11-year BPD veteran and member of the Gun Trace Task Force, implicated in robberies, overtime fraud and other corrupt acts. He was involved in protecting a heroin operation run by Antonio "Brill" Shropshire. Gondo served as an information line and protector to Shropshire, and took little effort to hide this connection.

Darrell Britt-Gibson as Jemell Rayam, one of the most brazen offenders caught up in the GTTF probe. Rayam committed racketeering, extortion, overtime fraud, robberies and unlawful detainments; entered residences without a warrant; and was involved in three shootings that resulted in one fatality. Over the years, he was targeted in multiple investigations by the Internal Affairs Department but suffered few consequences.

Josh Charles as Daniel Hersl, a cocky, swaggering cop known amongst Baltimore residents for his casual brutality and was the subject of multiple citizen complaints. Hersl was effectively banned from the Eastern District before his move to the GTTF.

Dagmara Domińczyk as Erika Jensen, a New York native who, compelled by the 9-11 terrorism to join the Bureau, conducted the federal investigation into the corrupt GTTF officers along with Task Force Officer John Sieracki.

Rob Brown as Maurice Ward, another plainclothesman with the Gun Trace Task Force, who participated in many of the robberies, thefts and illegal activities of the unit, but was bothered by that participation throughout, sometimes tossing away the proceeds from the crimes. When confronted by the federal investigation and charged with the rest of the unit, he was among the first to cooperate unequivocally with prosecutors.

Don Harvey as John Sieracki, a second-generation city cop assigned to the public corruption task force and working out of the FBI's office in Woodlawn. Sieracki provided the federal investigation key knowledge of the BPD and access to its databases.

Ian Duff as Ahmed Jackson, a former D.O.J. trial attorney who is tired of criminal prosecutions and transferred to the Office of Civil Rights. Jackson is newly assigned to Nicole Steele's team and is mentored by her as they investigate the systemic policing issues in Baltimore.

Delaney Williams as Kevin Davis, the Police Commissioner hired after the unrest following Freddie Gray's death, who is caught between the proverbial rock and several hard places, unable to reform the Baltimore City police department and please City Hall, community leaders, the police union, and his rank and file officers.

Lucas Van Engen as Leo Wise, a veteran federal prosecutor in the U.S. Attorney's office in Baltimore and the lead prosecutor assigned to the Gun Trace Task Force case.

· We Own This City
· New Limited Series
· From George Pelecanos and David Simon, a six-hour limited series chronicling the rise and fall of the Baltimore Police Department's Gun Trace Task Force.