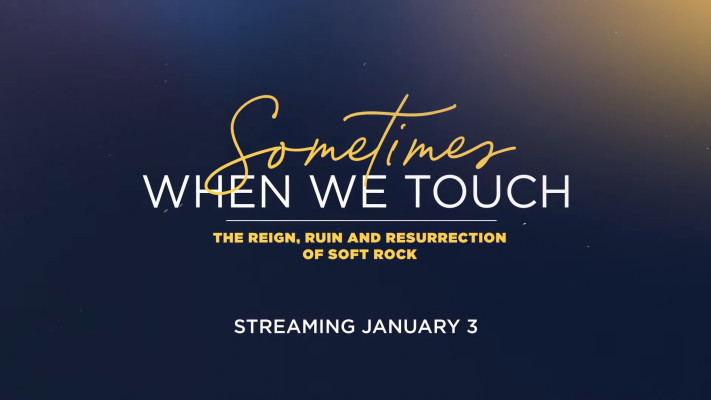 Sometimes When We Touch, a three-part docuseries that chronicles the untold story of soft rock is coming on Paramount+. It features stories behind well-known artists that dominated the pop industry in the ’70s. Furthermore, the series will dig deeper into the history of soft rock and how it crashed in the ’80s. It premieres on Tuesday, January 3.

Also, the docuseries will include interviews with Air Supply, Dan Hill, Kenny Loggins, Ray Parker Jr., Rupert Holmes, and Toni Tennille. They will lead a celebration of the unappreciated music that has had a long-lasting influence on American culture through open and moving storytelling. Additionally, verified soft-rock vets that will give their take in this discussion include Loggins, Toni Tennille, Rupert Holmes, Dan Hill, Ray Parker Jr., and Air Supply.

You can watch the official trailer below.

About Sometimes When We Touch TV Show

SOMETIMES WHEN WE TOUCH is the untold story of soft rock, whose artists dominated pop music worldwide in the '70s, only to crash and burn in the '80s, eventually experiencing one of the most unlikely comebacks in music history. The series presents all-new interviews with some of soft rock's biggest legends, like Air Supply ("All Out of Love"), Dan Hill ("Sometimes When We Touch"), Kenny Loggins ("This Is It"), Ray Parker Jr. ("A Woman Needs Love"), Rupert Holmes ("Escape: The Piña Colada Song") and Toni Tennille ("Love Will Keep Us Together"). Through candid and poignant stories, these stars lead a celebration of the underappreciated music that continues to have a lasting impact on American culture.

The connective stories that propel the series are augmented by exclusive interviews with dozens of classic and contemporary musicians like Daryl "DMC" McDaniels, John Ondrasik, LA Reid, Richard Marx, Robert "Kool" Bell, Sheryl Crow, Stewart Copeland, Susanna Hoffs and Verdine White; rarely seen archival interview and performance footage; host commentary that embraces the impact of soft rock while acknowledging the cringey excesses that sometimes led it astray; and a review of its continuing power over a new generation found everywhere from hip hop samples and radio remakes to superhero soundtracks and TikTok posts.