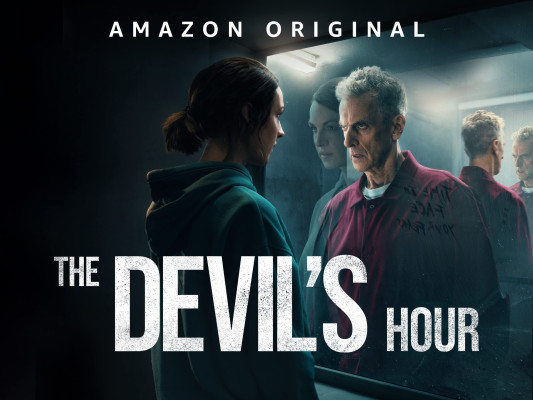 Amazon Prime Video has released the official trailer for their highly-anticipated six-part psychological thriller series, The Devil’s Hour. The show centers on Lucy, who experiences frightening visions and wakes up every night at precisely 3.33 a.m., the devil’s hour. It will be available for streaming worldwide this October 28.

At the UK showcase event, the cast shares opinions about their characters.

Jessica Raine on her character Lucy said: “Lucy wakes up every night at 3.33 am and has done for her whole life but she doesn’t know why. She has an eight-year-old son who is completely blank and is trying to get to the bottom of why her son is so emotionless. On top of this, there is a series of dark happenings going on around her and she might be the connection. She’s on the brink of insanity.”

Peter on his character Gideon said: “The nature of the piece is spectacularly dark and has been enjoyable to play. He is a character that has fallen through the cracks and is responsible for some serious crimes. But he is not what he appears. He belongs to the night.”

The creator of the series Tom Moran, also executive produces it with Sue Vertue and Steven Moffat. Hartswood Films produces The Devil’s Hour.

About The Devil’s Hour TV Show

Peter Capaldi and Jessica Raine star in this gripping six-part psychological thriller. Lucy wakes every night at exactly 3:33am. Nothing in her life has made sense for a long time. But the answers are out there, somewhere, at the end of a trail of brutal murders.