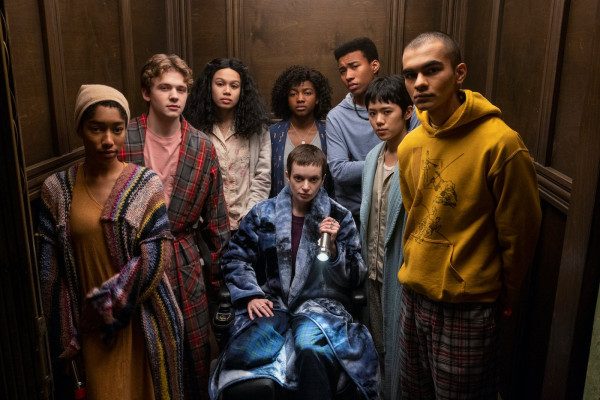 Netflix debuted the official trailer for their highly-anticipated horror series Midnight Club, based on a book by Christopher Pike (Remember Me, Weekend, Die Softly, Whisper of Death, and The Return). The ten-episode series premieres this October 7. It is set in the 1990s and centers on a group of terminally ill residents of Rotterdam Home who created the Midnight Club together to congregate after midnight to swap creepy tales. If one of them dies, the group made a pact to communicate with the others from the beyond.

Michael Fimognari is the director of the series. His earlier works include Doctor Sleep, The Haunting of Hill House, and two installments of the To All The Boys rom-com series on Netflix. The creators of the series are Flanagan and Leah Fong. Along with Trevor Macy and Adam Fasullo, vice president of television at Intrepid Pictures, Flanagan also executive produces. Fong also works as an executive producer with author Pike and Julia Bicknell. Writing for the series are Elan Gale, James Flanagan, and Chinaka Hodge.

The cast features Adia, Igby Rigney, Ruth Codd, Aya Furukawa, Annarah Shephard, William Chris Sumpter, and Sauriyan Sapkota, with Heather Langenkamp as the enigmatic doctor presiding over Rotterdam Home. Many of its stars are to debut on the screen with this series. However, some had starred in previous Flanagan productions.

About The Midnight Club TV Show

Inside a hospice for terminally ill teens, members of an exclusive club make a chilling pact: The first to die must send a sign from beyond the grave.