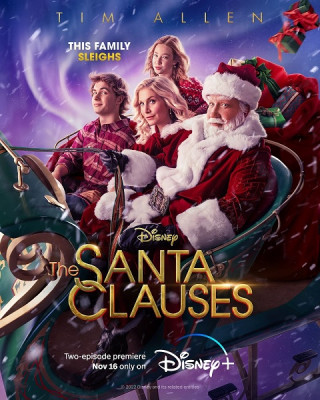 To fire up your Christmas spirits, here is the official trailer plus the key art for The Santa Clauses. The six-part series will premiere on Wednesday, November 16, exclusively on Disney+.

The story revolves around Scott Calvin, also known as Santa Claus, and his family as Christmas becomes less popular and his magic wanes. He finds it challenging to balance the obligations of his job with taking care of his family. The series stars Tim Allen, Elizabeth Mitchell, Elizabeth Allen-Dick, Devin Bright, Austin Kane, Matilda Lawler, Rupali Redd, and Kal Penn.

About The Santa Clauses TV Show

Scott Calvin is back! After being Santa Claus for nearly thirty years, he's as jolly as ever. But as Christmas declines in popularity, so does his Santa magic. Scott struggles to keep up with the demands of the job, as well as being there for his family. Upon discovering there is a way to retire from his post, Scott considers stepping down as Santa Claus and finding a worthy successor so that he can become a better father and husband.