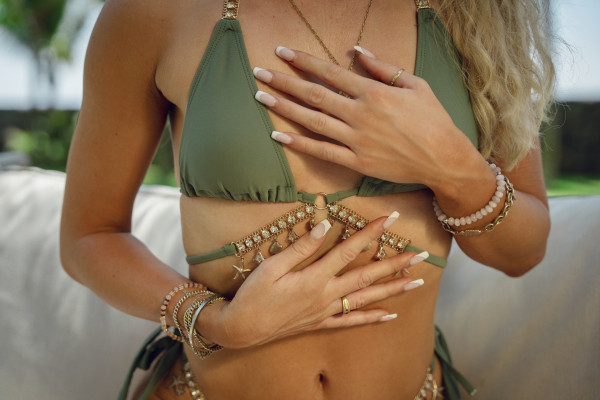 The long wait is almost over! Netflix has released first-look images for Too Hot To Handle: Germany. The reality competition series will premiere on the streaming service on February 28.

Watch the sexiest local singles as they gather in a tropical paradise to participate in the made-up reality dating program Tropical Desire, which they believe will be the sexiest holiday of their life. Surprise, surprise: As the contestants of Too Hot To Handle: Germany, they must compete for a cash reward under strict “no touching” restrictions rather than getting hot and heavy. They should follow the rules and refrain from sexual contact (or self-gratification) to make meaningful connections and keep the prize money.

The international original Too Hot To Handle, produced by Fremantle for Netflix, has quickly gained popularity among global reality TV formats and most recently had a successful fourth-season launch. It’s high time to introduce the fiery format to Germany after a Brazilian and a Spanish-language spin-off!

About Too Hot to Handle: Germany TV Show

The hottest German-speaking singles come together in a tropical paradise for what they think will be the most exotic and erotic time of their lives — but there’s a twist. These commitment-phobes who love a casual hook-up will have to give up all sexy touching for the entire retreat if they want to win the €200,000 grand prize. No kissing, no heavy petting, and no self-gratification of any kind. With every slip, the prize money goes down. In this luxury no-bone zone, will the serial singletons be able to form deeper emotional connections? Or will the temptation simply be too hot to handle?