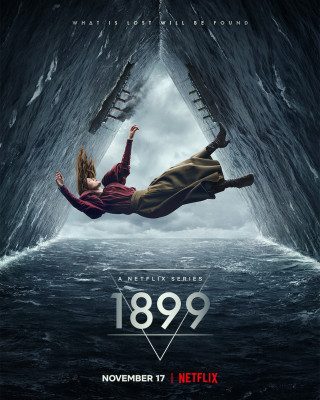 Netflix released the trailer for their upcoming ominous series, 1899. It features people journeying to the new world as they run away from something. The series is by the creative minds of the creators of Dark, Jantje Friese, and Baran bo Odar. It premieres on the streaming service on Thursday, November 17.

With Jimi Hendrix’s rendition of All Along the Watchtower playing in the background, the clip gives the audience a taste of the mystery and suspense in the upcoming eight-part series.

When mysterious events change the course of an immigrant ship headed for New York in 1899, a mind-bending riddle unfolds for its bewildered passengers.