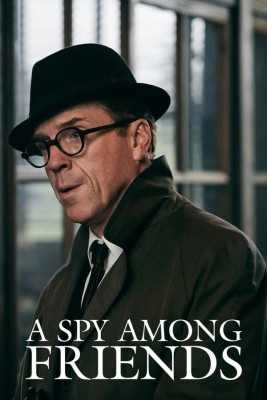 MGM+ has picked up A Spy Among Friends, a new crime drama series. Before Spectrum Originals shut down in August, ITV Studios, the company that commissioned the British limited series, had planned for it to air as a Spectrum Original in the U.S. It will air in the U.S. sometime in 2023.

The series is an adaptation of Ben Macintyre’s novel of the same name. It dramatizes the true story of Nicholas Elliott and Kim Philby, two British spies who had been friends for life.

The people associated in the series stated:

“I’m very happy to be bringing our Cold War tale of friendship and betrayal to MGM+,” Lewis said. “They’re the perfect partners for us and I can’t wait for people to see it.”

“Alex Cary has brilliantly adapted Ben Macintyre’s historical novel about friendship, loyalty, and betrayal,” said MGM+ head Michael Wright. “He, along with Nick Murphy, Damian Lewis and the remarkable cast led by Lewis and Guy Pearce, have brought to life this riveting tale of two British spies whose deep personal bond and long friendship is challenged by duplicity and deception. This series is emblematic of our new MGM+ brand and the rich, cinematic and character-driven stories we aim to tell.”

“Ben Macintyre is an unbelievably talented writer. Alex Cary has taken this fascinating story and created a suspenseful — and at times heartbreaking — drama about duty, honor, and friendship,” added Lauren Stein, executive vice president of drama development at Sony Pictures Television. “Watching Damian, Guy and Anna bring it to life is like watching a master class and I am so excited for people to get to experience the show.”

About A Spy Among Friends TV Show

Follow the defection of notorious British intelligence officer and KGB double agent, Kim Philby, through the lens of his complex relationship with MI6 colleague and close friend, Nicholas Elliott.