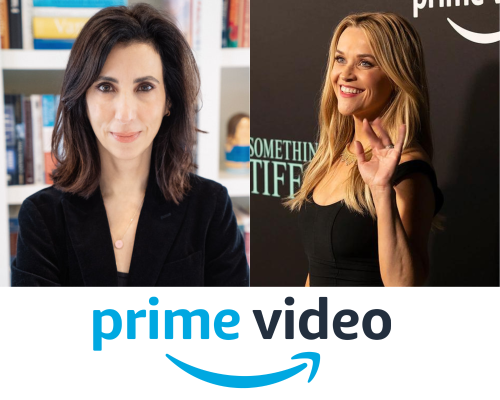 All Stars, a half-hour comedy series starring and executive produced by Reese Witherspoon, got a two-season straight-to-series order by Amazon Prime Video after landing the series in a fierce bidding war among the top streaming services.

The series follows a former cheerleader from Daytona Beach who cons her way to England to teach cheerleading at a school down the coast. She then has to enlighten a motley crew of children and herself on how to be All Stars.

Witherspoon said, “I’ve been looking for a project that brought our Hello Sunshine mission to make women the heroes of their own stories to a younger generation for a long time. When I saw this story, I immediately knew this idea would do just that.”

“The idea of watching an American woman coming to share the very American sport of cheerleading to a group of young women in the UK just made me so excited! I love that this show is filled with real heart, deep joy, and the power of teamwork. I can’t wait to partner with the brilliant, hilarious, and talented Aline McKenna yet again to create a truly original comedic character, and with the team at Amazon whose passion for this project was unparalleled.”

“Reese is my longtime hero and I’m so thrilled we got to go from making a movie together to this fantastic TV opportunity, brought to me by her and the iconic Lauren Neustadter,” Brosh McKenna said. “So excited to bring this world and these characters to life! The folks at Amazon have already been so enthusiastic and supportive, I’m very excited to join their roster of talent.”

About All Stars TV Show

All Stars follows a former cheerleader from Daytona Beach (Witherspoon) who cons her way across the pond to teach cheerleading at a school in coastal England and has to show a ragtag group of students – and herself – how to be All Stars. The concept for the series, which has a little bit of Ted Lasso vibe to it, was loosely inspired by Andrea Kulberg’s story as an American woman from the South who went to the UK to teach British teens about cheerleading.