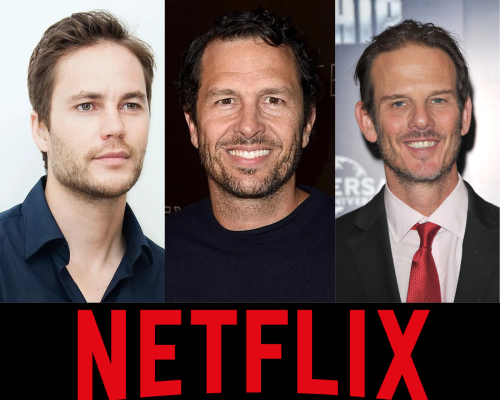 American Primeval, an upcoming limited series that explores the costs associated with entering a lawless and untamed wilderness, is coming on Netflix. Peter Berg serves as the sole director of the six-part series starring Taylor Kitsch (The Terminal List, Waco).

“’American Primeval’ is a portrait of the American West unlike any other – raw, thrilling, action-driven and brought to life by a tapestry of emotionally compelling characters led by the talented Taylor Kitsch,” said Peter Friedlander, vice president of scripted series, US and Canada, for Netflix. “We’re excited to explore new depths of this genre as we grow our creative partnership with the extraordinary Pete Berg at the helm backed by the deft storytelling vision from Eric Newman and Mark L. Smith.”

“We are very appreciative that Netflix is trusting us to take a big swing with American Primeval,” director and executive producer Peter Berg said. “I’m looking forward to taking viewers into the most dynamic, intense, and heart-pounding survival tale humanly possible. We are going into the belly of the beast.”

Mark L. Smith serves as the writer, with Eric Newman as the showrunner and executive producer. American Primeval is Berg’s first project under his first-look agreement with Netflix. This project is also the second time that Berg, Newman, and Kitsch have worked together, with the limited series Painkiller being the first.

The potential dangers are boundless in the upcoming limited series American Primeval. Starring Taylor Kitsch (The Terminal List, Waco), the raw, adventurous exploration of the birth of the American West comes to life in the six-episode series about the sacrifices that must be made to enter a lawless and untamed wilderness. Prepare for violent collisions of cultures, religions and communities as men and women fight and die for control of this new world — and for a land they truly believe is their destiny.