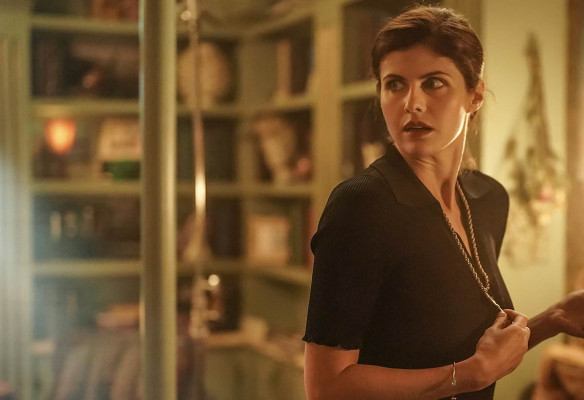 AMC networks recently announced a change in the premiere date for their upcoming series, Anne Rice’s Mayfair Witches. The release of its first two episodes will be on January 8 instead of its original schedule, which was supposed to be on January 5. On top of that, they also gave the audience a new teaser for the anticipated series.

The upcoming eight-part series is based on Anne Rice’s best-selling trilogy of novels, Lives of the Mayfair Witches. The Witching Hour from 1990, Lasher from 1993, and Taltos from 1994 make up the trilogy. With Anne Rice’s Interview with the Vampire airing since October 2, this series is the second one in the Anne Rice Immortal Universe.

The story centers on Rowan (Daddario), an intuitive young neurosurgeon who learns she is the improbable heir to a line of witches. It stars Alexandra Daddario (Percy Jackson, Baywatch), Harry Hamlin (Clash of the Titans), Tongayi Chirisa (The Jim Gaffigan Show), and Jack Huston (House of Gucci). Also, the cast includes Annabeth Gish, Beth Grant, Erica Gimpel, and Jen Richards.

Based on Rice’s best-selling trilogy, Lives of the Mayfair Witches, the 8-episode series focuses on an intuitive young neurosurgeon, Rowan (Daddario), who discovers that she is the unlikely heir to a family of witches. As she grapples with her newfound powers, she must contend with a sinister presence that has haunted her family for generations.