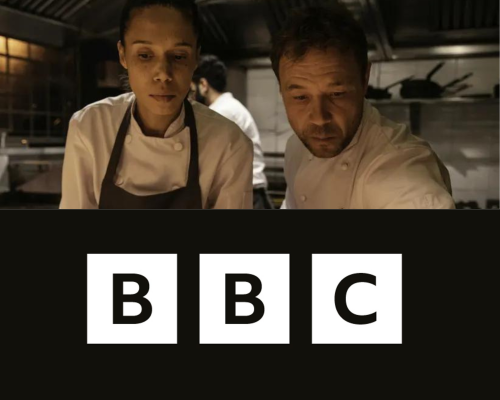 BBC TV gave the green light for the upcoming series, Boiling Point. It will be a five-part TV adaptation of the hit British indie one-shot film by Philip Barantini. Stephen Graham, Hannah Walters, and Vinette Robinson will be reprising their roles.

The series picks up six months after the events of the movie. According to Graham and Walters, the series will feature lengthy shots and camera techniques that will match the true naturalism of the film.

“The incredible reaction to the film, its story, and specifically the characters along with the huge desire to know more and delve deeper into their worlds has led us to create a drama series with the BBC in which we will keep the audience gripped, intrigued and involved in each of the characters’ journeys,” they said in a press release.

Barantini will direct the first two episodes, and James Cummings is the writer. Aside from Graham and Walters, Hester Ruoff, Bart Ruspoli, Cummings, Barantini, and Rebecca Ferguson executive produce the series. The international distributor is BBC Studios.

“Boiling Point” writer Cummings said: “When we made the ‘Boiling Point’ feature film, there were so many ideas left on the whiteboard that it always felt like a possibility we would come back to this world. The response to our film has been incredible and hearing the way it has resonated with people in the hospitality industry has been nothing short of amazing. Restaurants are an intersection of different people from different backgrounds, all dealing with a variety of social issues — and I am so proud to be using our series as a vehicle to tell those stories with a cast of characters that we have already fallen in love with. Food will fly and tears will fall!”

Picking up six months on from where the film left off, Boiling Point will see Sous Chef Carly (Vinette Robinson) as Head Chef at her own restaurant, with many of the film’s original cast reprising their roles alongside her – including Stephen Graham as Andy and Hannah Walters as Emily.