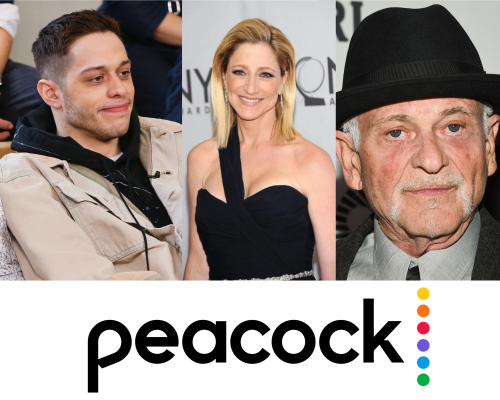 Peacock gave a sneak peek for their upcoming series, Bupkis, by releasing a first-look image for the series. The show is a fictionalized take on Pete Davidson’s real life. It will blend realistic storytelling with ludicrous elements from his unfiltered and wholly unique perspective, which is well-known.

Along with Davidson as the lead role, the show also features Joe Pesci, an Oscar winner, who will portray his grandfather, and Emmy Award winner Edie Falco, who will play Davidson’s mother.

Bupkis is a heightened, fictionalized version of Davidson’s real life. The half-hour live action comedy will integrate grounded storytelling with absurd elements from the unfiltered and completely original worldview for which Pete is well-known.