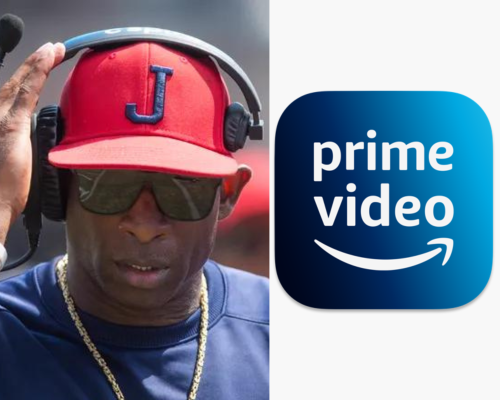 Prime Video teases anticipating audience with a first-look clip to Coach Prime. For the 2022 season, fans can watch this four-episode docu-series that takes them inside Deion “Coach Prime” Sanders’ Jackson State University football program. The series premieres this December in more than 240 nations and territories globally.

Coach Prime displays their leadership and learning, highlight the positive effects of the football program on the community and help viewers understand the importance and vitality of HBCUs in today’s rapidly evolving society.

In a press release from Amazon, the executive producers and the people involved expressed their sentiments regarding the series. “We’re excited to welcome Coach Prime to the Prime Video family,” said Marie Donoghue, VP, global sports video, Amazon. “Deion Sanders is such an inspiring leader, both on and off the field, and we look forward to taking fans inside Coach Prime’s world as the exciting season unfolds at Jackson State University.”

“When Coach Prime began his job at Jackson State, the biggest challenge and the brightest opportunity facing us was to collectively shine a light on HBCUs and break down barriers faced by these culturally important, yet overlooked and underfunded, institutions. We have worked tirelessly over the past few years – building coalitions, forging partnerships and developing this documentary series – to encourage and create change,” said Constance Schwartz-Morini, co-founder and CEO of SMAC Entertainment and executive producer of Coach Prime. “We are thrilled to partner with Prime Video to expand the series’ audience and give viewers a sense of the culture unique to HBCUs and a behind-the-scenes look at Coach Prime, and his efforts to level the playing field.”