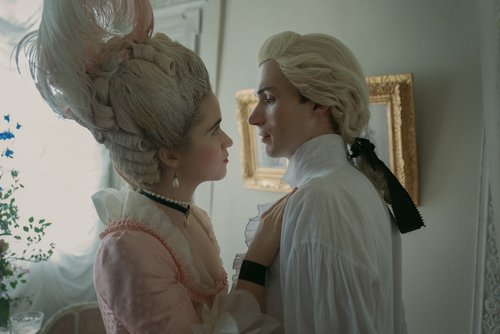 Starz is giving out a treat for people craving another period-piece drama by debuting their new trailer for Dangerous Liaisons. A novel of the same name by Pierre Choderlos de Laclos serves as a basis for this series. It is a prequel story that follows how Marquise de Merteuil and the Vicomte de Valmont met and became lovers on the eve of the French Revolution. Catch it when it premieres on Sunday, November 6.

Harriet Warner is the author, executive producer, and creator of “Dangerous Liaisons.” Colin Callender, Tony Krantz, Bethan Jones, Scott Huff, and Christopher Hampton serve as executive producers. The producer of the series is Barney Reisz. Olly Blackburn and Leonora Lonsdale are directing. Playground and Flame Ventures, in collaboration with Lionsgate, produce the show for Starz.

‘Dangerous Liaisons’ is a bold prelude of Laclos’ classic 18th century novel focusing on the origin story of how his iconic characters, the Marquise de Merteuil and the Vicomte de Valmont, met as passionate young lovers in Paris on the eve of the revolution. This modern take on a classic story takes audiences through wonder and terror, beauty and degradation, seduction and deception in pre-revolutionary Paris. Driven to right the wrongs of their past, the young couple’s survival depends on their skills of seduction and manipulation of not only the French nobility but of each other. Alice Englert and Nicholas Denton portray the notorious lovers: Camille who is taken in by the current Marquise de Merteuil (played by Lesley Manville) navigates her own path in a world of men, using the power of secrets to take back control, and Valmont who will stop at nothing to regain his title that was recently taken from him. Their on-again off-again love story is the heart of the series. It’s not love… it’s war.