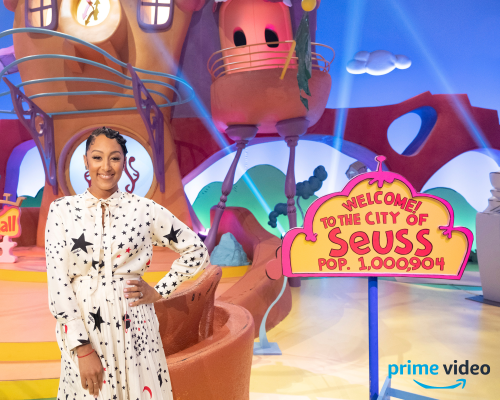 Prime Video revealed the premiere date and gave a sneak peek at their upcoming Dr. Seuss-inspired baking competition series, Dr. Seuss Baking Challenge. The series will debut on Prime Video in more than 240 countries and territories on December 13. It will also debut simultaneously in the US and UK on Amazon Freevee.

The Dr. Seuss Baking Challenge invites the top bakers in America to enter the competition and utilize their creativity to create treats modeled after well-known Dr. Seuss characters. Each episode will have a challenge based on a Dr. Seuss character or story.

From classically trained pastry chefs, to self-taught cake artists, 9 teams of two bakers will compete for a grand prize of $50,000. From The Grinch to The Cat in the Hat, these bakers will use their limitless imaginations to craft jaw-dropping creations inspired by beloved Dr. Seuss characters.