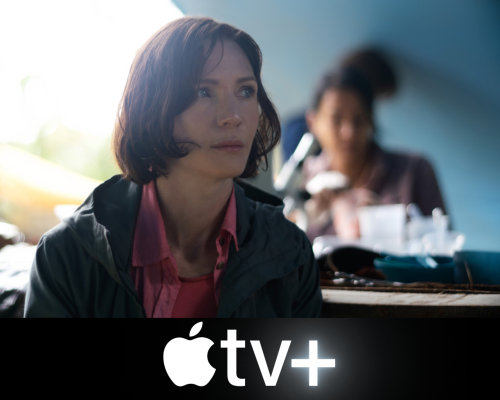 Get a sneak peek at the upcoming ten-part series on Apple TV+, Echo 3, as you look into the images they released for their first look. This action-thriller show starring Luke Evans, Michiel Huisman, and Jessica Ann Collins premieres its first three episodes on Wednesday, November 23. Following its debut, one new episode will come out every Friday through January 13, 2023.

“I’m honored to collaborate with the team at AppleTV+ who gave me the opportunity to make the series I wanted to make – one that feels big and purposeful and refuses to stay in any lane,” said Boal via press release from Apple TV+. “This is a black ops thriller and tale of international intrigue, set in Colombia, a country I had known only from afar and immediately fell in love with.”

‘Echo 3’ is an action-packed thriller set in South America that follows Amber Chesborough (Collins), a brilliant young scientist who is the emotional heart of a small American family. When Amber goes missing along the Colombia-Venezuela border, her brother, Bambi (Evans), and her husband, Prince (Huisman) – two men with deep military experience and complicated pasts – struggle to find her in a layered personal drama, set against the explosive backdrop of a secret war.