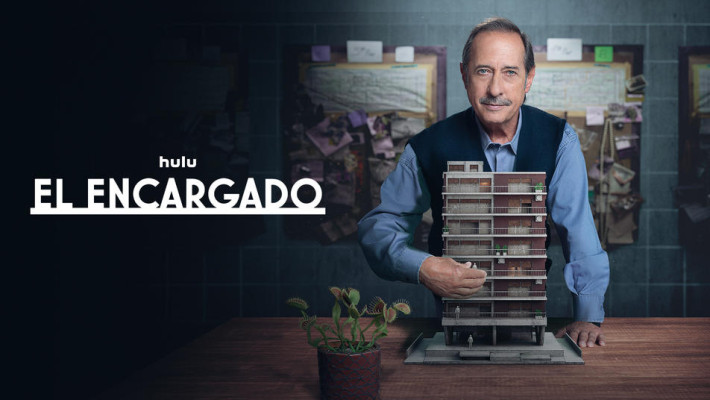 Hulu releases the official trailer for its upcoming dramedy El Encargado. It mixes irony and humor to portray the ironic and humorous experiences of Eliseo, the janitor of an upper-class building, who secretly uses his position to watch over and meddle in the lives of the occupants without letting his employer notice.

The building is a universe whose ecosystem has specific dynamics and rules, and Eliseo knows them all by heart. There he lives, works and absorbs every detail of the life of its residents. However, underneath all his humility, he hides a talent for manipulating them. A facade of servility and sincerity is his most effective weapon he uses on them. His power is knowledge. He knows everything about his neighbors: their names, schedules, jobs, relationships, weaknesses, likes, etc. His mind registers everything that goes on in the complex. With this advantage over his "victims", he devises strategies to influence each tenant and can calculate precisely how they will react. This game of power over the neighbors is akin to playing cat and mouse. Depending on his whims, his mood or his need to protect his position at all costs, he is capable of causing wide ranging damage. He also dispenses justice and protects those he sees as weak. He is a God on his own turf.