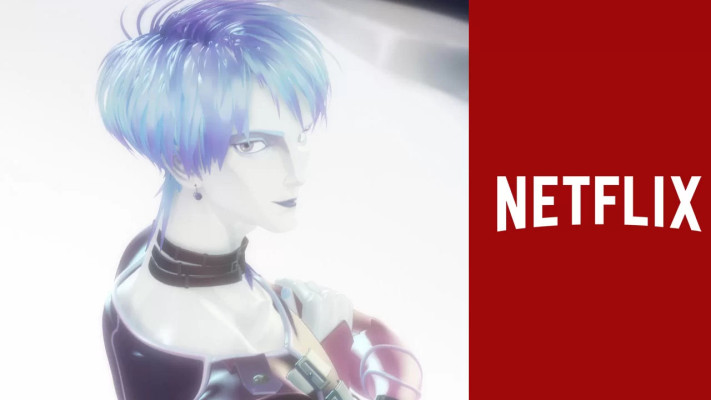 Exception, a new anime series that will give a mix of horror and mystery, is coming on Netflix. To help fans know what to expect from the TV show, Netflix has dropped the official trailer. This is a new treat as Netflix also made quite an impression after dropping the first visual on Twitter last year, in June 2021.

The anime series was first announced by Netflix last year. The story is by science fiction author Hirotaka Adachi, also known as Otsuichi, an award-winning novelist of Goth and ZOO. Also, the character designs are by Final Fantasy artist Yoshitaka Amano.

The English and Japanese cast stars Nolan North / Chikahiro Kobayashi as Lewis, Robbie Daymond / Takahiro Sakurai as Mack, Ali Hillis / Yuko Kaida as Nina, Eugene Byrd / Takanori Hoshino as Oscar, and Nadine Nicole / Atsumi Tanezaki as Patty. You can expect to see this horror sci-fi series on your screens by the 13th of October, 2022.

“In the far future, humanity has been driven from Earth and forced to move its population to another galaxy. Members of a scouting team are sent to search for a planet suitable for terraforming. The crew was created through a biological 3D printer, but a system malfunction causes one of the crew members, Lewis, to emerge in a deformed state. As Lewis turns on his fellow crew members Nina, Mack, Patty and Oscar, a countdown to the end of the mission begins in the frightening darkness of the ship.”