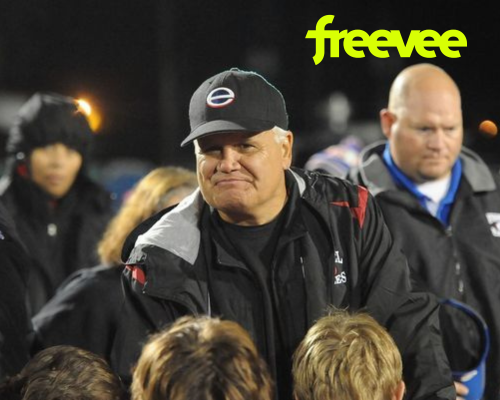 It features a dramatic setting of the 2022 Louisiana high school football season and includes rich and varied emotional stories of Evangel’s players, coaching staff, and the broader Shreveport community.

“When it was clear that we had entered a season where we were literally starting over as a football team, I could not resist the opportunity to be a part of it… it felt just like 1989 when we started the first time,” said Coach Denny. “I believe God called me then, and I believe He is calling me again.”

God. Family. Football. follows former football player and high school football coach Denny Duron, who has come out of a 30-year retirement to lead the football program he founded at Evangel Christian Academy in Shreveport, Louisiana, back to national prominence. With the perennial high school football powerhouse—14 State Championships in the last 20 years—coming off their worst season in school history, redemption is everyone’s goal. As the team faces struggle and triumph both on and off the field, they are united by Coach Denny’s formula for success: “God first, family second, and football third.”