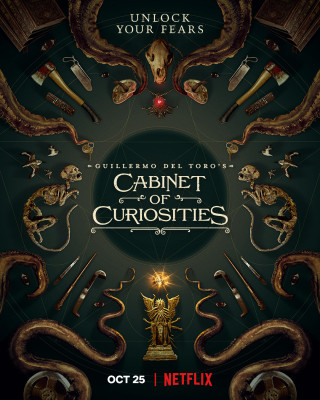 The highly anticipated anthology, Guillermo del Toro’s Cabinet of Curiosities, coming on Netflix releases its bone-chilling trailer. It is an eight part-series that Guillermo del Toro (Pan’s Labyrinth, The Shape of Water) is producing. The series will debut on October 25. Fresh episodes will be added to Netflix daily until October 28, when all eight episodes will be available, just in time for Halloween.