Home | Uncategorised | How to Be a Bookie | HBO Max 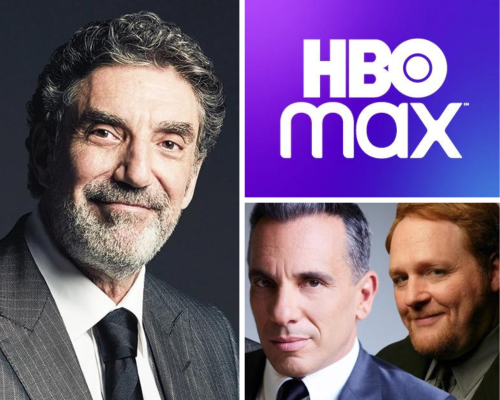 How to Be a Bookie, a new comedy series is coming on HBO Max. It stars the stand-up comedian Sebastian Maniscalco (The Irishman, Green Book) and is by Chuck Lorre (Big Bang Theory, Two and a Half Men) and co-writer Nick Bakay (Mom, Young Sheldon). The single-camera comedy got straight-to-series order and will have eight episodes.

Lorre revealed in a press release from Warner Bros. Discovery how much he looks forward to his first project in HBO Max and working with Maniscalco, which he claims he is a fan of, and Bakay. In a statement, Maniscalco also said, “It’s an incredible honor to be working with someone of Chuck’s pedigree and along with Nick Bakay,” Maniscalco said. “They’ve put together a truly remarkable script. And now to be in the family with Warner Bros. Television and HBO Max, who are putting out some of the most compelling stories on TV and streaming, I just couldn’t be more excited.”

Channing Dungey, Chairman, Warner Bros. Television Group quote: “I’m thrilled that How to Be a Bookie, from Chuck Lorre and Nick Bakay, and starring Sebastian Maniscalco, one of the greatest stand-up comics working today, is moving forward at HBO Max. This smart, subversive, and hilarious series will be the next great comedy on HBO Max, continuing the successful partnership between Warner Bros. Television and Chuck Lorre Productions.”

“It’s very exciting to have the next comedy series from Chuck Lorre and Warner Bros. Television. We have been fans of Sebastian’s for several years and look forward to what these brilliant comedic voices put together for HBO Max,” said Casey Bloys, Chairman and CEO, HBO and HBO Max Content.

About How to Be a Bookie TV Show

A veteran bookie struggles to survive the impending legalization of sports gambling, increasingly unstable clients, family, co-workers, and a lifestyle that bounces him around every corner of Los Angeles, high and low.