Home | Uncategorised | I Love You, You Hate Me Official Trailer | Peacock 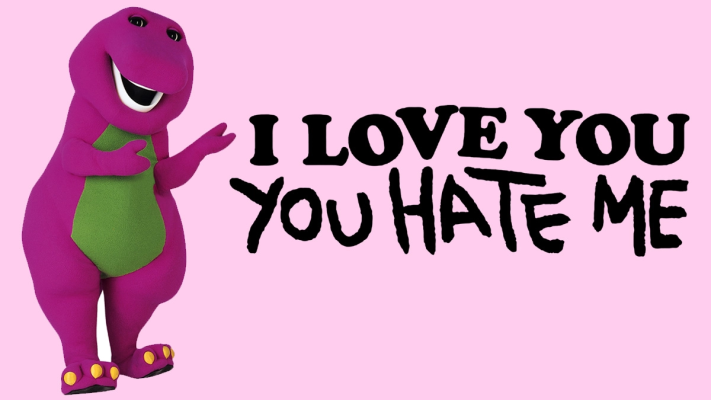 I Love You, You Hate Me, a limited documentary series about your favorite purple dinosaur, is coming on Peacock on October 12, 2022. However, this time target audience for this documentary is not the kids, as it tackles the dark side of the show. It recounts how the character Barney, created by Sheryl Leach, received a backlash in America to the point when it involved death threats, drug rumors, and extreme hatred.

The Barney & Friends and Barney & The Backyard Gang actors and crew interviews are the highlights of the docuseries teaser. It discussed how Barney used to stand for inclusion, acceptance, and love.

Additionally, it revealed that death threats were made against the entire family of Bob West, the Barney performer who dressed up as the cheerful purple dinosaur. He shared his experiences in the series. “They were violent and explicit, death and dismemberment of my family,” he says in the trailer. “They were gonna come and find me, and they were going to kill me.”

The I Love You, You Hate Me director recalled memories and shared his take on the documentary, “Barney came out on television when I was just ten years old, and I admittedly didn’t understand him. As a teenager, for one of my birthdays, I asked my aunt to make me a Barney costume, so my friends and I could beat him up on camera.”

The statement continued, “Several years later, creating this docuseries, it feels good to be on the other side and no longer a Barney hater. Now having children of my own, I understand all the love that went into making the purple dinosaur.”

About I Love You, You Hate Me TV Show

I Love You, You Hate Me is a limited series chronicling the rise and fall of Barney the Dinosaur’s furious backlash — and what it says about the human need to hate. From Barney-bashing to frat parties to homicidal video games, something in American society broke into a million pieces, and it’s never been put together again… or is this just who we were all along?