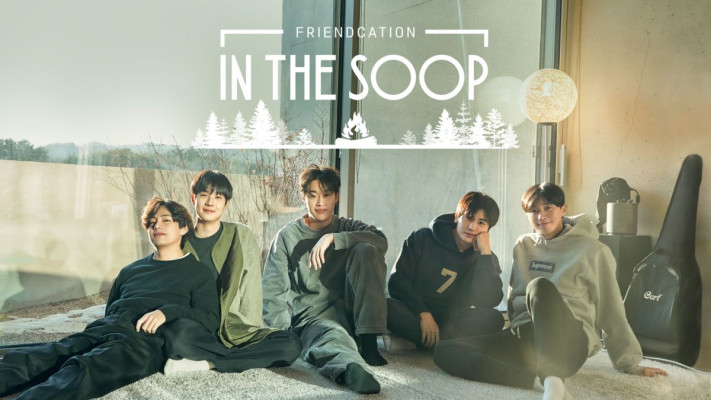 Disney+ gives the audience a new special series, IN THE SOOP: Friendcation, featuring a star-studded cast. It stars BTS’ V, producer Peakboy, as well as actors Park Seo-Joon (The Marvels), Choi Woo-Shik (Parasite), and Park Hyung-Sik (Soundtrack #1) or also known as the Wooga Squad. It is a spinoff of BTS’ In the Soop series. The series follows them as they walk away from their hectic schedules to relax together on a fun surprise vacation.

This four-part series will premiere on October 19 on Disney+. For now, here is the trailer for people looking forward for the highly-anticipated series of these celebrities.

About IN THE SOOP: Friendcation TV Show

In the winter of 2022, a friend's surprise proposal sends them on a four-day friendcation to Goseong in Gangwon-do. Witness how they spend their time as they become their true selves together. In a story of friendship, this is a travel record of five friends who mean more than family.