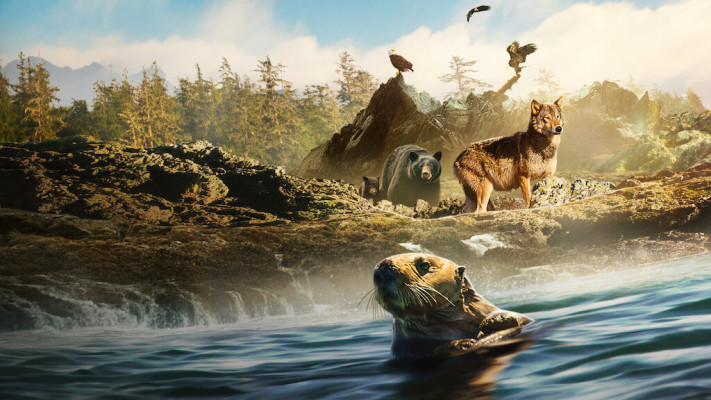 Netflix adds a new docuseries on their platform featuring Vancouver Island, Island of the Sea Wolves. Making things more intriguing is the Canadian-American actor Will Arnett as the narrator. The series centers on local wildlife like black bears, bald eagles, sea otters, the endangered Vancouver Island marmots, and the titular coastal sea wolves. It premieres this coming October 11.

Jeff Turner and Chelsea Turner (producers of Great Bear Rainforest) serve as the directors, and local filmmakers also worked on the series. Aerial and underwater pictures were captured on film for the documentary by Comox Valley cinematographer Maxwel Hohn.

About Island of The Sea Wolves TV Show

Explore wild, wondrous Vancouver Island, where the ocean nurtures all life, from bald eagles who go fishing to sea wolves who swim in frigid waters.

Where the vast Pacific meets the wilderness of Canada lies a mysterious island, shrouded in mist and cloud, protected by some of the most violent seas in the world. But peer a little deeper and we find something even more remarkable: a community full of charismatic animal residents, just waiting to show you around. Join Cedar the wolf, Spiro the eagle, Sky the sea otter, and the rest of their neighbors on Vancouver Island in this stunningly-shot narrative series, voiced by Will Arnett.