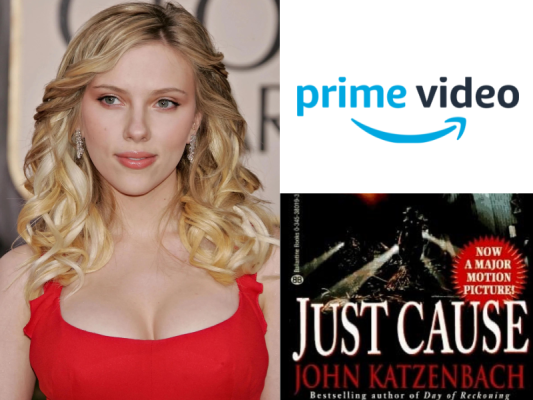 Just Cause, a limited series adaptation of John Katzenbach’s 1992 novel of the same name, is coming on Prime Video. Marking her first project on the small screen, the Black Widow star Scarlett Johansson will star and executive produce the thriller series.

The Miami newspaper editorial writer Matt Cowart, the book’s male protagonist, will undergo a gender swap in this TV series adaptation, in which Johansson portrays the female protagonist Madison Cowart. The series centers on Madi, a Miami-based newspaper reporter sent to cover the final days of a death row inmate who claims to be innocent.

Johannson has a connection with this title. The two-time Oscar nominee and Tony Award winner made her second film appearance at age 10 in Warner Bros.’ 1995 feature adaptation of Katzenbach’s book as the daughter of Harvard law professor Paul Armstrong.

Along with Johansson, Jonathan Lia, and Keenan Flynn of These Pictures, Christy Hall, the series’ writer, also serves as EP of Just Cause. Zara Duffy, Head of Television for These Pictures, oversees the company. Warner Bros. TV is the studio.

About Just Cause TV Show

Johansson will play a female version of the book’s protagonist named Madison “Madi” Cowart, a newspaper writer in Miami. After receiving a letter from a death row inmate who claims to be innocent, Cowart goes to cover their final days only to make a few discoveries along the way.