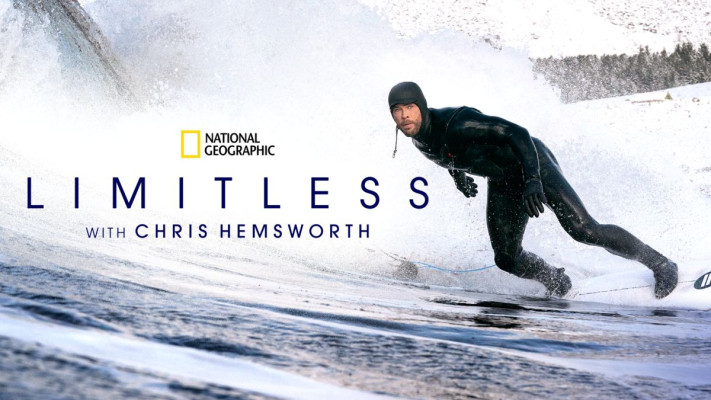 Disney+ revealed the official trailer for their upcoming six-part series, Limitless with Chris Hemsworth. In this new National Geographic series, you will see the Marvel star discovering the human body’s capabilities to its fullest. It premieres Wednesday, November 16, exclusively on Disney+.

“Now I may be in pretty decent shape. Sure, I may look like an immortal Norse god! But I know the clock is already ticking,” Hemsworth says in the clip. The episodes in the series involve stress-proof, shock, fasting, strength, memory, and acceptance. In an interview, he said “Immediately, I was like, ‘Never again,'” he says with a laugh. “I ticked the box. I do plenty of ice baths, but there’s something different about putting your head under the water at the same time. If there was an emergency, there’d be something familiar about it. But for fun? Nah.”

“One very surprising thing that was a great gift to the show was Chris’ openness to be honest and transparent,” Aronofsky teases. “I think you get to see a side of Chris that people have never seen before.”

Part global scientific adventure, part personal journey, each episode of the series follows Chris as he takes up a gauntlet of physical and mental feats designed by world-class experts, scientists and doctors to unlock different aspects of the aging process.