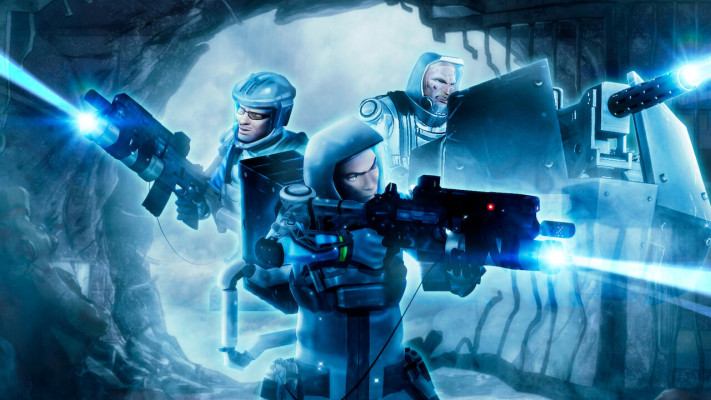 Netflix released the official trailer of Make My Day, a sci-fi epic series that features both Japanese and international talents. It is another original story by the creator of Mobile Suit Gundam Thunderbolt, Yasuo Ohtagaki. It premieres on the streaming service this coming February 2.

The story follows Jim and other prisoners as they got involved in a mining accident, only to find mysterious worm-like creatures attacking humans. Watch them as they battle against the horde of mysterious creatures on the icy planet.

The series stars Masaomi Yamahashi, Kazuhiro Yamaji, Ayahi Takagaki, Akio Otsuka, and Atsuko Tanaka as they lend their voices to the characters. Makoto Honda is the director, and Yumiko Yoshizawa is in charge of the screenplay.

The mech designs are the work of two well-known mech designers: Kiyotaka Oshiyama, who created the demons in “Devilman Crybaby,” and Shoji Kawamori, who created well-known mechs such as those in the “Macross” series. Makoto Honda and his CG animation production business Studio 5 will create this huge sci-fi action series. They have previously worked as CGI directors for pieces like the short film “A Farewell to Arms” in the anthology “Short Peace.” Studio 5 produces the series.

About Make My Day TV Show

The snowy, ice-covered planet Coldfoot is home to a precious energy-rich ore called "Sig." On the surface, the planet seems to be a crime-free utopia, but in reality prisoners are used for back-breaking Sig mining. Jim, a young prison guard, rushes to the site of a sudden mining accident to find a mysterious creature attacking the humans.