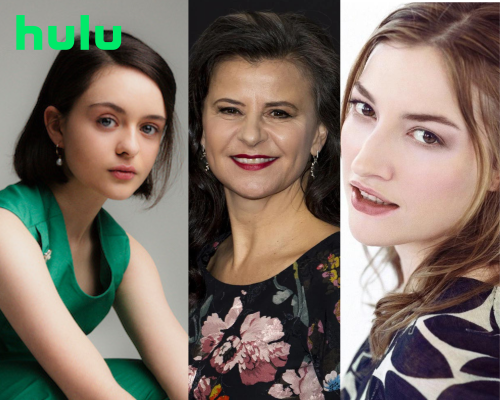 FX gave the green light for the series adaptation of the book Never Let Me Go by Kazuo Ishiguro. The science fiction series is slated to air on Hulu. Also, audiences from Latin America can catch it on Star+, and in other territories, it will air on Disney+.

It stars Viola Prettejohn (The Nevers) as Thora, a rebellious teenage clone who ran away from the boarding school where she and the other clones hid from society. But as she begins concealing herself in the outside world, she unknowingly unleashes a chain of events that will ignite a revolution and push the limits of being a human.

This series is not the first adaptation of the book. In 2010, it also got a film adaptation starring Carey Mulligan, Andrew Garfield, and Keira Knightley.

Melissa Iqbal is the showrunner and writer of the pilot. She also executive produces with the director Munden (Utopia). Additionally, other EPs are Ishiguro, Alex Garland, Andrew Macdonald, Allon Reich, and Maria Fleischer of DNA Productions.

The thriller series will follow Thora (Viola Prettejohn), a rebellious teenage clone who escapes from the boarding school where she and her fellow clones are kept hidden from society. As she starts living undercover in the outside world, she unwittingly sets in motion events that will spark a revolution and test the boundaries of what it means to be human.