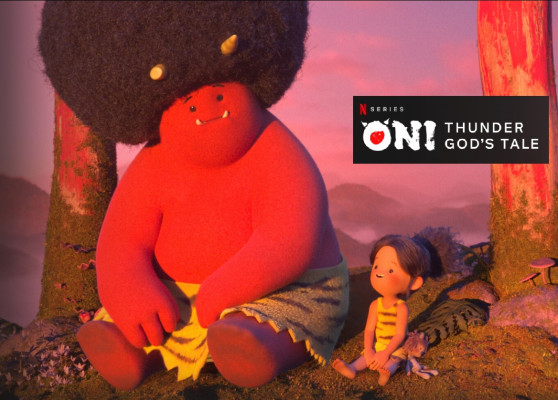 Netflix releases the official trailer for the highly anticipated four-part series, ONI: Thunder God’s Tale. It gives kids and other audiences a glimpse of a world filled with oddball gods and monsters and presents a mix of CGI and stop-motion. Follow the adventures of the courageous girl as the series premieres on Friday, October 21, 2022.

This series is a production of Netflix and Tonko House. It is an animated event series from Oscar nominee Daisuke “Dice” Tsutsumi (The Dam Keeper), a former Pixar art director. Also, he executive produces with Kane Lee and Robert Kondo. Producing and serving as co-executive producer with Megan Bartel is Sara K. Sampson. The writer of the series is Mari Okada. The series has a TV-Y7 rating in the US, while in the UK, it has a 12 and above rating.

In a mystical world of Japanese gods and spirits, a courageous girl strives to follow in her mysterious father's footsteps and find her true powers.