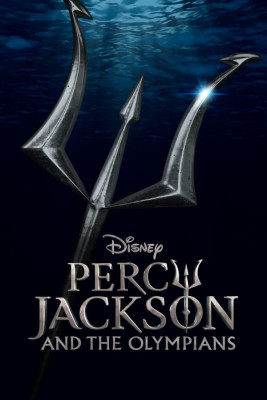 During the D23 Expo 2022, Disney dropped the teaser trailer for the most awaited series Percy Jackson and The Olympians. This upcoming series is based on one of the best-selling pentalogy book series by Rick Riordan. The first season has eight episodes and revolves around the story of the first book, The Lightning Thief, which is expected to air around 2024.

To make the wait less painful, Rick Riordan shares updates and also gives a sneak peek of what’s happening behind the scenes on his social media platforms.

“Filming continues to go very well. Day to day, we don’t necessarily film in strict chronological order. If, for instance, there are scenes that happen on a city street in two different episodes, we may film them at the same time because it is more efficient that way. But in general, we have now covered most of the principal photography for ‘block one,’ which has been overseen by our fearless directorial leader James Bobin. While we continue filming the subsequent episodes under the talented and able direction of Anders Engström and Jet Wilkinson, James will now retreat into his Fortress of Solitude and begin creating a director’s cut for the work he has done so far. Everything already looks so good in the raw footage, I can’t imagine how great it will be when James gets done choosing his favorite shots and putting them all together. Then the producers (including me) will do our revisions. Then the studio will put in their input. So there is a long way to go. But the good news is we are on schedule. Given the massively ambitious scale of this show, that is no small accomplishment. Kudos once again to our incredible show-runners Jon Steinberg and Dan Shotz.”

About Percy Jackson and The Olympians TV Show

12-year-old modern demigod Percy Jackson has just come to terms with his newfound supernatural powers when the sky god Zeus accuses him of stealing his master lightning bolt. Now Percy must trek across America to find it and restore order to Olympus.